Overall retail sales of video games increased by 14% in 2021, while sales of games published by Sony Corporation increased by 43%. One of the drivers behind Sony’s plan to further expand its gaming empire is the increased demand for video games, brought about by COVID-19 and the launch of the PlayStation 5 console in late 2020.

Retail sales of video games are projected to exceed USD226 billion in 2025, and Sony is poised to further expand its gaming empire due to the increased demand for video games on the back of strong sales of PlayStation consoles. Beyond just video games software and hardware, Sony is well-positioned to gain from the popularity of the immersive virtual world known as the metaverse.

The vast majority of Sony’s profits come from PlayStation, which is just one part of the company's gaming ecosystem, that also includes PCs, smartphones, tablets, AR/VR headsets, a network service, and content.

Creating innovative, high-quality PlayStation games is the company’s primary focus. The add-on content for Red Dead Redemption 2, Returnal, and Marvel’s Spider-Man: Miles Morales are all included in PlayStation Plus membership. Several oldies, such Ape Escape and Super Stardust Portable, run smoothly on the PS5 and PS4. There is always something new to try in the collection of games, because it “refreshes and changes over time”.

Sony Corp dominates in developed regions, and the company was third in the global video games market in 2021, with a 6% stake. This is scattered across a variety of brands, including some newer acquisitions, such as Repeat.gg and Bluepoint Games. However, its presence is quickly spreading throughout the world’s most rapidly developing regions, with some of its most established outposts in Latin America, Australia, and even some areas of Europe.

Sony has an advantage in the market because of its ability to put into action any idea, thanks to its vast resources, talented workforce, and innovative culture. Sony has laid the groundwork for the PlayStation brand to grow in value terms in the future by putting money into film and television, increasing subscription services, launching live-service games, and more. 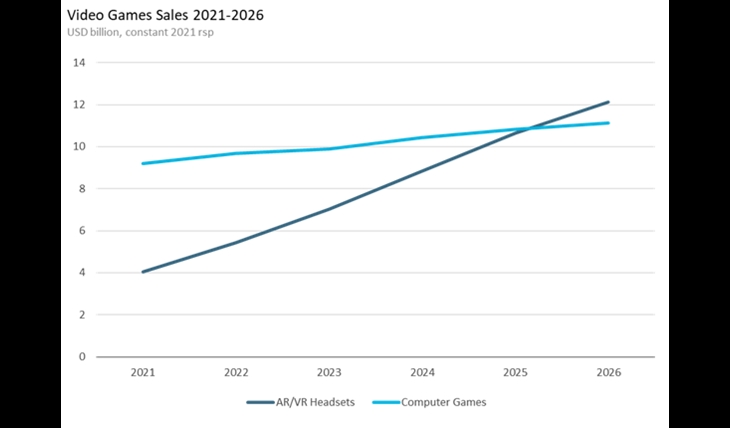 Sony’s competitors have much deeper pockets

The video games industry is moving away from a dependence on specific hardware (such as consoles and PCs) in favour of a more decentralised model of distribution. Subscription cloud gaming services, which offer a plethora of games, are gaining popularity. The game selection offered by each service has become increasingly important in the battle for new members.

Sony has always had an advantage in the gaming industry due to the fact that it owns a number of reputable game development studios, allowing it to provide gamers with the best selection of exclusive games. However, Microsoft is beginning to put to use its substantial financial edge against Sony.

In order to increase its depth of talent at Xbox Game Studios, Microsoft has undertaken a number of acquisitions in recent years. In 2020, ZeniMax Media, the parent company of Bethesda, was acquired for USD7.5 billion. With its USD68.7 billion offer to acquire Activision Blizzard, one of the greatest gaming firms in the world, Microsoft is preparing to inflict a devastating blow to Sony. When Microsoft’s fiscal year 2023 concludes in June, the deal is expected to be finalised.

Going forward, Sony stands to gain from the growing popularity of the metaverse

AV/VR headsets, essential for a compelling virtual experience, saw robust sales in 2021, and is expected to continue seeing rapid expansion during the forecast period.

Sony Corp is well-positioned to become a major player in the metaverse, which will significantly disrupt numerous industries and establish new market leaders. A company’s ability to interact with its customers in the metaverse will have a positive effect on both brand recognition and loyalty.

For further insight, read Sony Corp in Toys and Games.