As the middle class is the foundation and driver of the consumer market, the prediction of a continued expansion of the middle class in Latin America on the back of improved economic performance is positive news for companies doing business in the region. However, the region’s expanding middle class remains vulnerable as a low savings ratio provides households with little safeguard against financial uncertainties, thus increasing their risk of falling back into poverty. 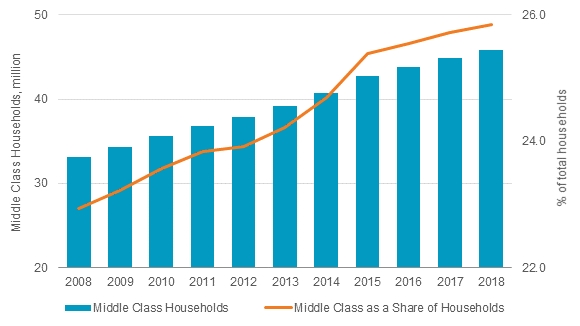 In the decade up to 2008 (at the onset of the global financial crisis), solid economic growth had created jobs, reducing unemployment and informal employment. More recently, despite the regional economic downturn, the middle class in Latin America has nevertheless continued to expand thanks to better education leading to more people being able to take up better paid jobs. In 2018, 14% of the population aged 15+ in Latin America had attained a higher education degree, a rise from 8% in 2000.

Like elsewhere, the expansion of the middle class in Latin America will drive growth across all consumption categories, creating opportunities for consumer-focused businesses. In addition, as members of middle classes tend to have better education, the expansion of the middle class will be positive for companies doing business in the region in that it widens the local talent pool and increases the supply of better skilled labour. This, in turn, will help boost the competitiveness of local businesses.

Euromonitor International predicts that Latin America’s middle class expansion will continue on the back of forecast stronger economic performance in the coming years. The region’s real GDP growth is set to improve to 2.0% in 2019 and further to 2.5% in 2020, from the 1.3% expected for 2018. 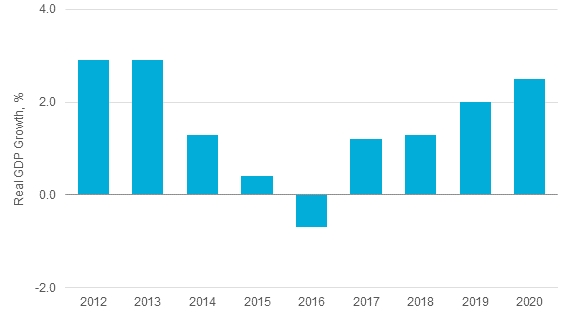 One thing to note, however, is that Latin America’s middle class – and the region’s consumers, in general – is characterised by the great importance they place on living in the present and their consistently low savings ratios. In 2018, the region’s savings ratio was 6.4% of disposable income – the lowest globally. In comparison, Asia Pacific had a savings ratio of 24.0% in the same year. A low savings ratio, coupled with the fact that Latin America’s middle class consumption is often financed by consumer credit, means that middle class households in the region may have little or no safeguard against financial uncertainties, thus increasing their vulnerability and risk of falling back into poverty.