The war in Ukraine remains fast-moving with ongoing uncertainty. Although it is impossible to speculate about the outcome or duration, based on what has been announced and is known so far, our initial assessments suggest that the biggest economic impact will be on global energy and commodity prices (global annual inflation forecasts have been raised by 2.6-2.7 percentage points compared to the pre-war forecast), given Russia’s role as one of the world’s leading oil and gas producers, at a time of already heightened inflationary pressures, with negative effects on global real GDP growth rates.

As the attack on Ukraine escalates, the US and other Western nations have imposed unprecedented economic sanctions on Russia and announced support for Ukraine. Key sanctions so far have included:

The new sanctions regime and the costs of the war are likely to push the Russian economy into a recession worse than the 1998 recession and Russian financial crisis, accompanied by major increases in inflation and costs of living for Russian households. Our estimates are that Russian real GDP will decline by 8.0-12.0% in 2022. Inflation could rise to 14.0-20.0% in 2022 before it moderates slightly in 2023. In 2021, Russia’s exports of mineral fuels, oils and distillation products totalled USD199 billion, making up 40.5% of Russia’s total exports and 11.4% of its GDP. 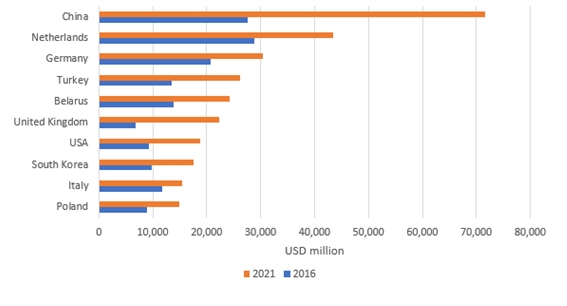 Depending on the duration of the sanctions and as further sanctions are possible, the global economy could suffer significant spill-overs from the conflict throughout 2022-2023. Our interim assessments forecast that: 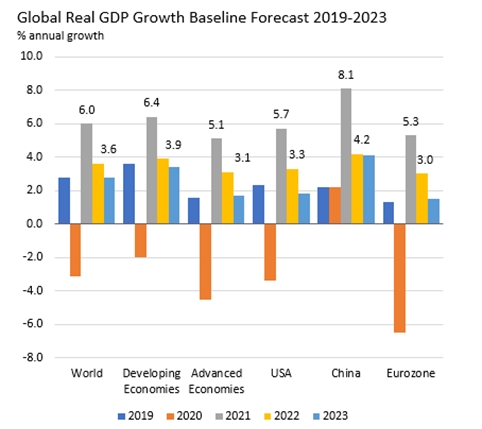 Energy and commodity are the major impact channels, pushing up inflationary pressures

Global economic spill-overs from the war in Ukraine can be expected to come from higher energy and commodity prices, declines in private sector confidence and higher financial market risk premia effects due to higher geopolitical tensions and risks. Higher energy and commodity prices triggered by the war and sanctions will add to the already high inflationary pressures faced by many economies since 2021, amid supply chain bottlenecks, shifting consumer demands and global economic recovery from pandemic shocks.

Russia is a global commodity powerhouse. Its mineral fuel exports accounted for 8.3% of the global total in 2021, making it one of the world’s largest oil and gas exporters. Russia is also a key supplier of various metals including copper, nickel, palladium and aluminium. In addition, Russia and Ukraine are both major wheat exporters. The two countries provided 14.7% of the world’s total wheat production in 2021. 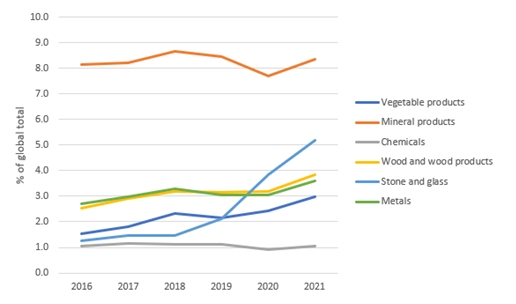 Even if oil and gas trade continue, punitive supply cuts from Russia in response to sanctions, as well as precautionary hoarding by oil and gas traders, is likely to lead to major energy price increases of 30-50% in 2022-2023. Wheat prices could double if exports from Russia and Ukraine are completely cut. Europe is especially vulnerable due to its reliance on Russia for 40% of its gas consumption according to the International Energy Agency, with limited ability to substitute to other import sources in the short-term.

Risks remain tilted to the downside

The negative effects of growing tensions between Russia and the West could cause more prolonged negative effects on business investment and consumer spending, especially in Eastern Europe. Combined with the disruptions to the energy and commodity supply, the war is likely to push up inflation for longer and weigh on global economic growth.

The current baseline forecast assumes a partial continuation of flows of Russian energy supplies to advanced economies for most of 2022, and a successful switch in energy imports to other suppliers. A sharper cut in energy exports from Russia could lead to much higher energy price increases and shortages, pushing up global inflation forecasts by another 1.0-4.0 percentage points relative to the current baseline forecast. There are also significant risks of a more prolonged war in Ukraine leading to more persistent or severe sanctions, and a risk of escalation into a Russia-NATO conflict. These risks are hard to quantify, but they could severely cut private sector confidence and raise financial market risk premia, pushing the global economy into a recession.