Demand for natural resources has in the past been correlated with economic growth, but there are more factors at play than simple economics. Population change alone does also not lead to more demands for natural resources - although both play a part. Factors such as income growth, environmental change, advances in technology and price pressures all have a part to play.

The rise of emerging markets has been the defining feature of the global economy this century. Their growth has helped push global Gross Domestic Product (GDP) to US$73.1 trillion in 2015. Emerging markets are expected to account for 66.0% of global economic growth to 2030.

Note: Data from 2020 onwards are forecast

These economies remain more resource-intensive than their developed counterparts, which acts to push consumption of a range of resources higher. In 2010, China overtook the USA to become the world’s largest consumer of energy, yet in per capita terms, consumption remains low, indicating that energy demand in China still has some way to go. In addition, India, the world’s fastest-growing major emerging market in 2016, has per capita energy consumption just a third of China’s. It’s no surprise that energy consumption growth in emerging and developing economies increased by 17.3% between 2010 and 2015, compared to a fall of 1.3% in developed economies.

This is not to say that growth will be a linear trend, directly maintaining the relationship between economic and energy consumption growth that we have seen in the past. A relevant counter-trend is the increasing energy efficiency of the global economy, with fewer resources needed to produce each dollar of GDP. Nevertheless, for the foreseeable future, economic growth in emerging and developing economies will lead to increases in energy use. 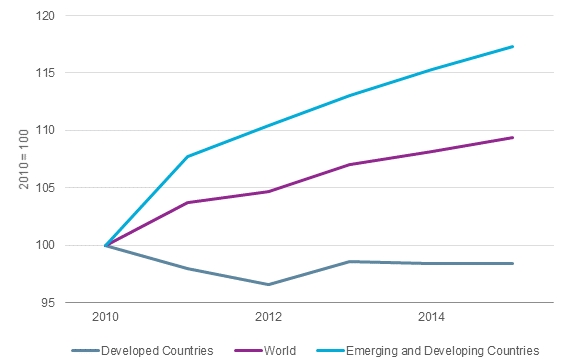 The global population is growing and will reach 8.5 billion by 2030, a 16.7% increase from 2015. Once again, this population expansion is being driven by the young and growing populations of emerging and developing countries as they will account for 95% of this growth. Growing urbanisation is a related trend boosting demand for raw materials because of increasing needs, due to construction, transport and infrastructure. In 2007, the world's urban population overtook the rural one for the first time and by 2030 there will be 4.2 billion urban inhabitants, an increase of 36.2% or 1.1 billion people from 2015. During this period, the urban population is expected to grow at a rate almost twice that of the total global population. 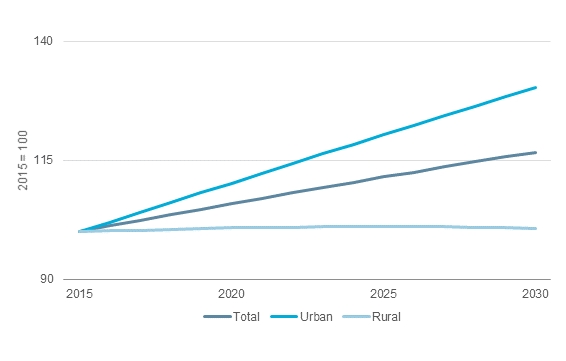 Note: Data from 2016 onwards are forecasts

One of the main demand drivers for natural resources is the expansion of the global middle class, and in turn, the growth of consumer expenditure. In the 53 emerging and developing economies for which Euromonitor International has data, there was an increase of 37% in the number of households earning more than US$10,000 (in 2015 prices) between 2010 and 2015, and this growth is set to continue to 2030. Therefore, it is not surprising, that consumer expenditure in emerging and developing economies is expected to increase by 89% in real terms between 2015 and 2030.

For example, in 2030, more than three-quarters of Chinese households are expected to earn disposable incomes of more than US$10,000 (in real terms), compared to less than 40% in 2010. These middle-class households are buying more consumer goods and increasing demand for raw materials across a whole range of natural resources including energy, metals and water. 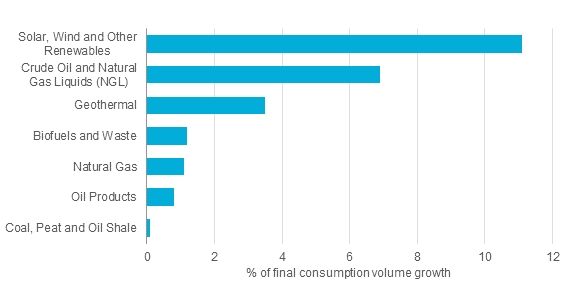 Similarly, the increased pressure to replace the use of toxic materials such as lead in batteries with lithium drives demand for specific niche materials. From 2010 to 2015, lithium production increased by 30% globally.

Consumer demands for sustainable ingredients and supply chains also impact demand for natural resources. This can be seen through increased emphasis on recycling and pressure for manufacturers and retailers to use less packaging. The introduction of a five pence charge for single-use plastic carrier bags in the UK is one example. In 2012, the government estimates that over 7 billion single-use plastic bags were given out by supermarkets alone in the UK. Since the change in legislation, some retailers are claiming decreases of up to 80% in the number of bags used.

Improvements in technology also impact the economic viability of natural resources and their price. Therefore, technology can increase demand of some resources, often to the detriment of alternatives. In addition, the emergence of new technologies can also create increased demand for specific natural resources.

High-tech products and green technology are good examples of this in action. Bloomberg New Energy Finance sees electric vehicles making up 25% of the global car fleet by 2040. This will have an impact on demand for oil and resources used in car batteries such as lithium, graphite and cobalt. Meanwhile, increased mobile phone penetration has helped drive demand for rare earth metals. The strong growth in solar power has driven increased demand for silicon, used in photovoltaic cells. 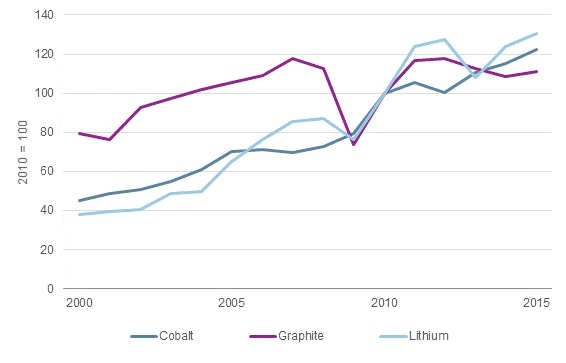 Why does this matter?

It matters because natural resources are at the heart of all business and an understanding of demand drivers can help business to anticipate the changing resource landscape. Natural resources present many opportunities for business from improving resource efficiency, to embracing the circular economy or introducing new product lines. Conversely, they also bring many risks – from the disruption of production lines, to reputational damage to loss of market share through not anticipating consumer demands for sustainability.

Changing prices alter the economic viability of natural resources and so can act to increase demand, often to the detriment of alternatives or vice versa. With their costs declining, solar and wind power, in particular, saw stellar growth in 2015. Bloomberg New Energy Finance sees the cost of onshore wind dropping by 41% by 2040, and the cost of solar dropping by an impressive 60% during the same period. The same source sees a tipping point being reached in 2027 when new solar and wind power becomes cheaper than running existing coal and gas generators. These kinds of price trends cannot fail to have an impact on demand.

For more information read our white paper: Sustainability and the New Normal for Natural Resources.

The Rising Importance of Sustainability Strategies