The Shift to the Suburbs: Did Retailers Miss the Signs?

In 2020, the onset of the COVID-19 pandemic in the United States sparked much talk of an “urban exodus” in which white-collar workers – freed from being tethered to physical offices by the rise of permanent work-from-home arrangements – would flee the urban cores of the largest US cities in droves for the space and relative safety of outlying suburbs and smaller cities. So far, however, the most dramatic predictions of a tsunami of urban refugees have yet to be realised.

Both New York City and San Francisco, specifically, did see significant population outflows in 2020, and booming property markets in the suburbs surrounding a handful of other large cities suggest their populations may decrease as more households decamp for the suburbs. Yet in many other large cities – such as Los Angeles, Houston and Phoenix – populations have remained relatively stable, and predictions of an urban exodus seem to have been overstated. 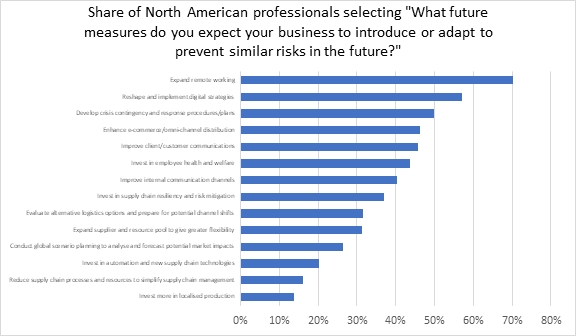 While the grimmest warnings of an urban exodus are unlikely to be fully realised, certain factors are undoubtedly working against urban population growth in the immediate post-COVID future. One is the rise of remote work. According to Euromonitor International’s Voice of the Industry: COVID-19 Survey, which was conducted in October 2020, 70% of North American-based professionals who responded to the survey indicated that they expect their businesses to expand remote working going forward. This development is likely to boost suburban populations at the expense of urban cores.

The renewed growth of the US suburbs predates the pandemic

However, the importance of suburban consumers in the US was already growing considerably even before the COVID-19 pandemic threw the country for a loop. In the immediate aftermath of the financial crisis of 2008-2009, members of the large millennial generation were flocking to core urban areas in huge numbers, thus fuelling urbanisation and the corresponding retail trends that urbanisation brings. As the millennial generation aged, however, this trend began to be overshadowed by an ever more dramatic wave of suburbanisation. According to analysis of US Census Bureau data conducted by William Frey of the Brookings Institution, the population of suburban areas surrounding large cities in the US has actually been growing more rapidly than that of urban cores since 2013.

Because of this, overall population growth in the suburbs over the previous decade was substantially higher than the population growth of the nation’s large cities. Yet many businesses in the US retail sector seemed to be operating under the assumption that the exact opposite was happening. An extremely long list of retailers in the years leading up to 2020 focused most of their attention on opening showroom stores in city centers and developing other urban core-specific store formats that were designed primarily to appeal to relatively affluent city-dwelling millennials. Meanwhile, the hard work of making necessary improvements to suburban stores – such as building out essential omnichannel infrastructure – was often overlooked.

Retailers must evolve to survive in a more suburban nation

COVID-19 has exposed the short-sightedness of this city-centric approach, and many retailers now find themselves scrambling to adjust to a suburbanisation surge that was long in the making even before the pandemic. In light of this, companies should take a long, hard look at suburban retail environments when scouting potential outlet locations. Even more importantly, retailers should take a suburb-focused approach to building distribution centers, warehouses and other infrastructure needed to bolster the future growth of digital sales. Furthermore, they absolutely must revamp their existing suburban stores by optimising store parking lots for curbside pick-up service and devoting a greater share of space to the fulfilment of e-commerce orders.

It has become something of a cliché to state that the COVID-19 pandemic has accelerated pre-existing trends, but when it comes to US internal migration, this statement could not be more accurate. Retailers must plan for a future in which suburban consumers constitute an expanding share of their customer base if they wish to succeed in the 21st century.

Six Actions Retailers Can Take to Remake the Future Store

Commerce 2040: The Future of the Retail Store in a Digital World

Euromonitor International’s Commerce 2040 series outlines a vision for how consumers might shop in two decades. This report focuses on how the competing forces…

Commerce 2040: The Reinvention of Retail for a Digital World