Captive audiences at home in 2020 have been reshaping the business of entertainment. Where children (and adults) consume content influences their interests, shopping, and playtime. For the licensing business, new routes to consumers are both an opportunity and a disruption.

Established powerhouses can leverage their classic and/or discontinued brands to boost character development. New players, meanwhile, are leveraging streaming, e-sports, anime, and mindfulness, and are bridging generation gaps. In a new world, beyond Coronavirus (COVID-19), where gender equality now informs new educational patterns, the toys come into play, reimagining the rules on the industry.

Millions of captive consumers have been stuck at home for the better part of a year now, consuming content on smart electronics. The vast majority of fan and consumer interactions, which would normally occur in a cinema, a theme park, or a toy store, have moved online.

For example, YouTube “kidfluencer” brands are racking up millions of views and striking new toy licensing deals, due to children increasingly seeking out toys and other merchandise based on their favourite stars and channels via this platform. This means manufacturers and retailers are working with new players to develop toys to sell.

For its part, Disney+ aims to compete on Netflix’s home turf. As streaming continues to change how audiences consume content, the world’s largest licensor (The Walt Disney Company) is in an enviable position, including classic and new content that can be extended into licensing opportunities within toys and games.

“Kidult” market is the next big margin booster in toy licensing

It is no surprise that adults buy traditional toys for their own entertainment. Whatever their motivation to do this, this segment of consumers is making noise in the industry, so much so that they already represent some 10% of global sales of traditional toys, reaching USD$8,685 million in 2019.

Nostalgia is one of the key motivators driving adult consumption, where “vault brands” will continue to be a sure thing for established powerhouses, especially as a new generation of parents share their favourite brands with their children. But there are other factors, like pop culture and mindfulness, that favour licensing products that enhance collecting and personal wellbeing, respectively.

Entertainment and licensed toys as a vehicle for gender equality

The social discussion around gender equality seen in most regions of the world has penetrated not only a new generation of those who seek to challenge gender stereotypes but also the values that are transmitted to children through popular entertainment and toys.

Entertainment and traditional toys are already a vehicle for gender equality and are becoming increasingly common and popular. Strong and courageous girls and women are part of the content that children consume today.

In this context, licensed toys have been able to benefit from the branding of these characters, especially in categories such as action figures/accessories and dolls/accessories, where global sales grew by 17% and 6%, respectively, in real terms between 2016 and 2020. 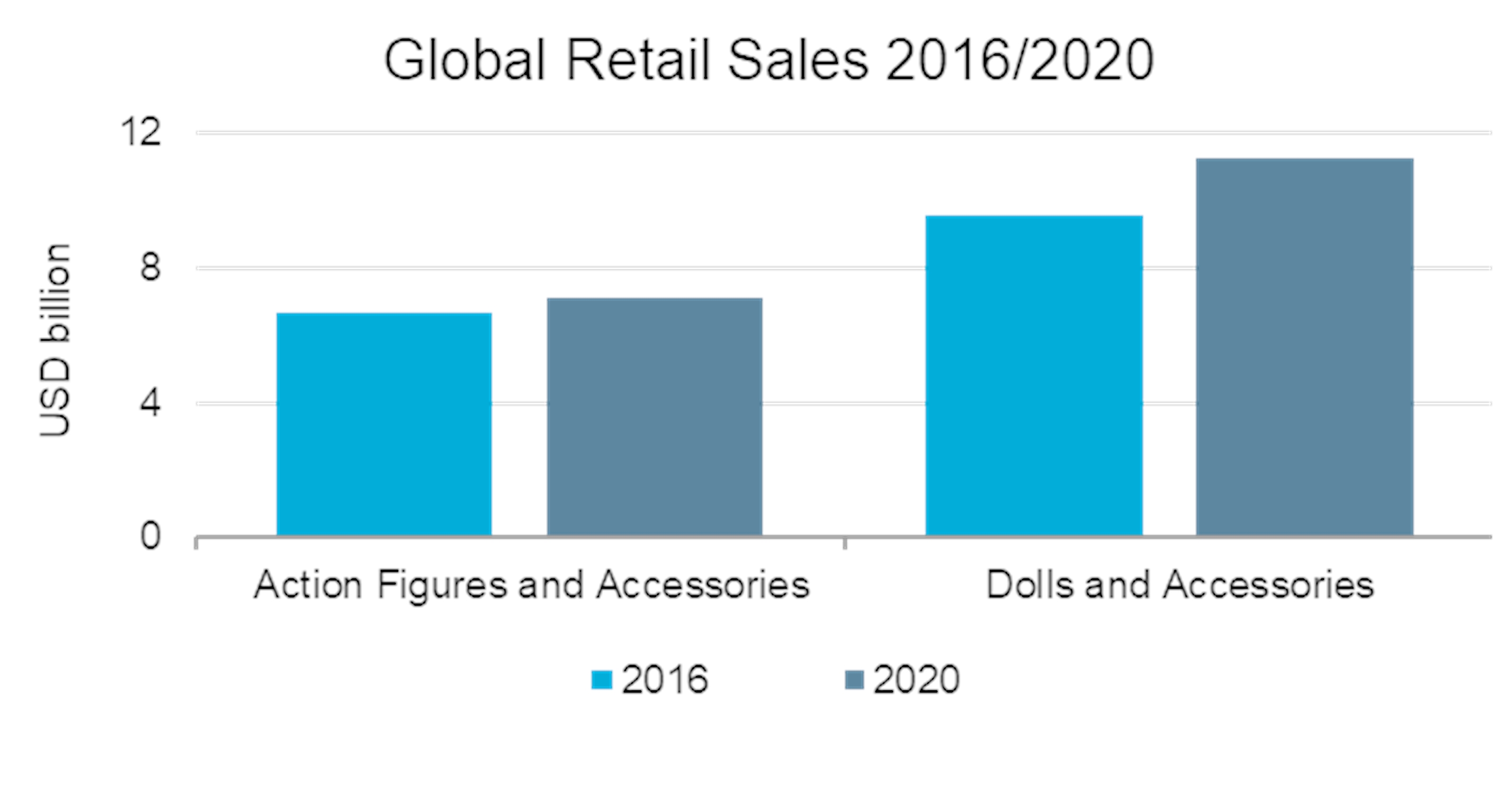 If you are interested in knowing about these opportunities in more detail and examples of global and regional companies that illustrate them, you can find the complete report here.

Inflation is a Double-edged Sword for Travel Businesses