Meet the Team With global reach, diverse backgrounds and industry expertise, our teams uncover opportunities and foster innovation for our clients. Get to know the people behind Euromonitor's research.
Explore by
Our Story About Us Meet The Team Our History 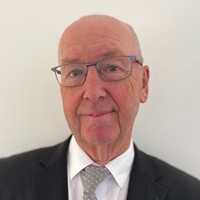 Robert founded Euromonitor in the early 1970s and transformed it from a UK market reports publisher into a global research organisation. Over a period of twenty years he wrote, edited and published hundreds of market research studies and gave lectures and talks at many industry conferences and events.

In response to the advent of the internet in the 1990s he oversaw the development of a wide-ranging consumer relational database that evolved into Passport, now Euromonitor’s flagship product and one of the most prestigious information resources in the world. Since stepping down as Executive Chairman in 2014 he has focused on the strategic development of the business.

Robert studied History at Sheffield University and achieved an MA in Film Studies at the University of Westminster. He has been involved in philanthropic work and was Treasurer of Medecins Sans Frontieres in the early 2000s. He founded a grant-giving charity, The Chalk Cliff Trust, in 2012 and opened a community cinema, The Depot, in Lewes, East Sussex in 2017. 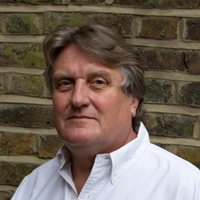 Trevor joined Euromonitor in the 1970s when it was a UK publisher of market statistics and European research reports. He led the international commercial growth of the company with the opening of the Chicago office in the 1990s and the transformation from a print-based organisation to an online data analytics company.

In his current role as Executive Chairman, he is focused on ensuring the continued international growth of Euromonitor and the integration of information technologies to improve and augment capabilities in meeting the needs of the company’s global clients. Trevor has a BA in Economics and Government from Essex University, post-graduate and professional qualifications in International Marketing and an Honorary Fellowship from Ravensbourne University.

Currently a Board member of the Professional Publishers Association he previously chaired the British and European Data Publishers Associations. He has advised the UK government on IP issues related to data. He is Chair of the St Bride Foundation and a past master of the Stationers’ Company. He supports early-stage companies and promoting social mobility and diversity through entrepreneurship, education and vocational training relevant to the data and information industries.

We've come a long way from the days of publishing books. Our leadership team is dedicated to the evolution of the company over time and takes pride in how Euromonitor has consistently pivoted to meet our clients' needs.

Leadership strives to empower our people and foster a culture where they can learn and grow. We believe in being a responsible employer, trusted business partner and active advocate in our communities.

Our teams across the globe strive to offer new approaches and solutions to meet our clients' versatile needs. At Euromonitor International, we continually ask, "What does it mean to have a meaningful interaction and relationship with our clients?"

Our expert analysts are recognised thought leaders who approach research with honesty and transparency. We deliver powerful answers and inspire creative solutions to help our clients solve their most challenging business problems.