Big shifts are already in motion as society evolves from a care-free world to one under lockdown. Even as economies reopen, social distancing may become a way of life until there is a vaccine for Coronavirus (COVID-19). New consumer behaviors formed during the pandemic will become habits the longer these measures last.

Though uncertainties remain, these seven observations point toward initial changes expected for the retailing industry ahead.

Since joining the World Trade Organization in 2001, China has elevated its position on the world stage. China’s annual economic output has multiplied more than sevenfold, reaching $14.3 trillion in 2019, according to Euromonitor International. It is now the largest exporter and is responsible for one-third of global manufacturing.

The coronavirus outbreak closed factories, leading to a record low in manufacturing, and, ultimately, broke supply chains, making it difficult for manufacturers to obtain components and retailers to obtain finished products. Such challenges underscored the world’s dependence on China, showing the need for greater diversification. Japan has already committed to spending upward of $2 billion to help Japanese multinationals shift their manufacturing operations out of China.

One of the most profound behavioral changes unfolding in retail is the shift to digital. As of 2019, 13% of goods were bought online globally, up from 6% in 2014, according to Euromonitor International. The coronavirus pandemic will accelerate e-commerce adoption, as many experiment with and even become reliant on the online channel while in isolation.

Online grocery is in the spotlight. Obtaining groceries without stepping foot into a physical store is crucial for today’s homebound consumers. While some demand will drop after lockdowns are lifted, many consumers will permanently shift to e-commerce, following in the footsteps of South Korea after the MERS outbreak in 2015. In fact, 51% of South Korean connected consumers bought food and beverages on their smartphone in March, which is the second-highest rate globally, according to Euromonitor International’s 2020 Digital Consumer Survey. 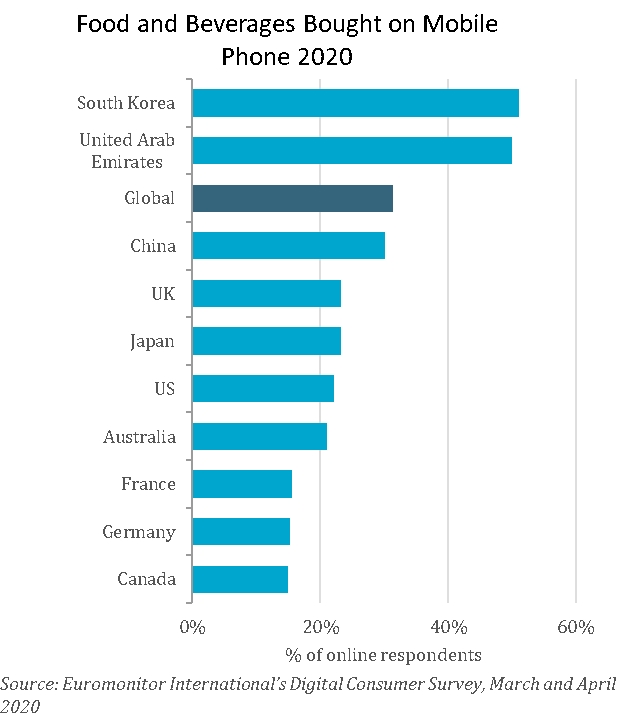 Given safety concerns, consumers are opting for contactless card and mobile payments over handling cash or touching POS terminal keypads. As of late March, 22% of connected consumers globally used a digital wallet to buy at least one product in a physical store, according to Euromonitor International’s 2020 Digital Consumer Survey.

Several players acted quickly in response: Mastercard MA , which reports that 75% of its transactions in Europe are contactless, raised the limits for contactless payments across 29 European countries to remove the need of a PIN; Walmart WMT modified self-checkout stations to make these systems contactless; and Publix Super Markets sped up its tech transition to accept contactless payments ahead of intended plans. Prolonged social distancing will further ingrain this consumer habit, which will likely stick long term due to increased precautionary measures even after lockdown restrictions are eased.

Economic, technological and environmental factors combined to make the idea of resale, or secondhand shopping, mainstream in recent years. A variety of online resale players, such as Depop and ThredUp, launched alongside venerable resale names, such as eBay.

While the potential economic fallout from the pandemic would typically accelerate the resale trend, the psychological fears from continuously disinfecting and washing hands could make consumers think twice about wearing secondhand clothing. Those same fears could impact clothing rental services where consumers borrow apparel or accessories for a fee.

Retailers that rely on in-person interactions could face a prolonged dip in store traffic as public officials continue to promote social distancing. As such, the boom in online shopping will continue, putting greater spotlight on last-mile delivery options. Curbside pickup could become a mainstay option. More retailers could even move to a drive-thru model to better facilitate in-store collection.

While retailers could lose out on upsell from consumers browsing their physical stores, retailers also need to explore more pickup options in order to find a way to control delivery costs that cut into margins. As of the late March fielding, one-quarter of global connected consumers viewed click-and-collect options as an important delivery feature, according to Euromonitor International’s 2020 Digital Consumer Survey.

Online behemoths Amazon AMZN and Alibaba BABA controlled one-third of the e-commerce market globally in 2019, according to Euromonitor International. Store closures during the pandemic extended their dominance. Amazon, for example, hired 175,000 new employees as consumer spending on Amazon jumped 35% over the same period last year, according to Facteus. These titans will come out of the pandemic even stronger, permanently reshaping the retail landscape and driving a winner-take-all race that was already in motion.

Technology will be interwoven with commerce

Technology has been front and center during the outbreak. The trajectory of technologies, such as cloud computing, will accelerate, making businesses more flexible. Robotics, in particular, are seeing exponential growth to reduce human-to-human interaction. For example, Chinese delivery app Meituan Dianping started using autonomous vehicles to deliver grocery orders to customers in Beijing in February. IKEA even acquired an augmented reality startup that enables consumers to visualize new home furnishings in their living spaces from the comfort of their homes. 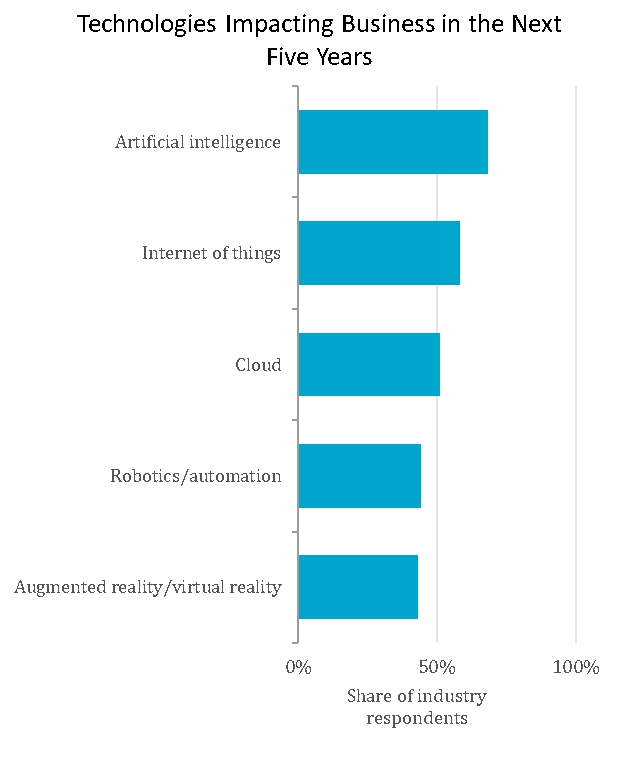 The growing role of tech will be one of the most pronounced long-term impacts from the global pandemic. While the length of the outbreaks and the potential pace of recovery are still unknown and will differ across markets, technology is here to stay. Half of industry respondents agreed that having a digital presence was an important part of their company’s value proposition, according to Euromonitor International’s Voice of the Industry: Digital Consumer Survey (November 2019). This sentiment would likely be even higher today. The coronavirus pandemic has underscored the important role technology plays in consumers’ lives as well as the role it serves for businesses that continue to adapt and operate under such conditions.