This article was updated on 21 November 2022

Meat usually refers to animal muscle, and comes from animal slaughter. Cultivated or cell-cultured meat is the equivalent but is created using muscle cells and processes such as cellular agriculture, biotechnology, and tissue engineering. As such, it does not require animal slaughter. In straightforward terms, cells are taken from an animal, placed into conditions needed for them to multiply (a growth medium) and developed into meat. This concept has a long history – it was famously discussed by (then) future UK Prime Minister Winston Churchill in the 1930s – but it is now starting to become reality.

The size of the prize

In 2013, the world’s first lab-grown burger was unveiled at Maastricht University by a team led by Professor Mark Post. It cost approximately USD300,000 and took two years to make; the developers went on to create Mosa Meats in 2016. Since 2013, multiple start-ups have joined the fray, and as of mid-2022, an estimated 30-45 were working towards developing cell-cultured food. While the driver for some may be ethical (ending mass animal slaughter) or sustainable (reducing greenhouse gas emissions, land use, water use), there is no denying the commercial opportunity that success could bring. Total volume sales of meat across the world exceed 250 million tonnes each year. 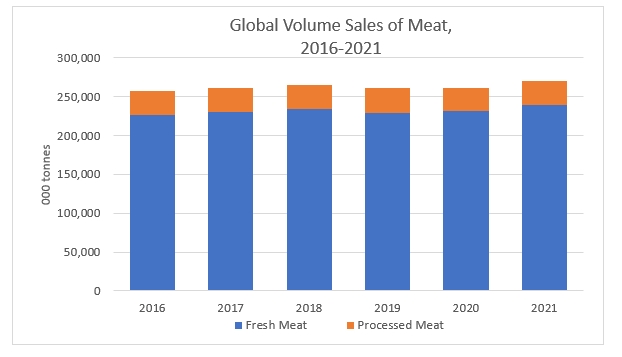 While meat was in many senses the obvious first point of development for lab-grown foods, the technology behind replacing animal-derived products has now significantly expanded.

Seafood holds tremendous potential, with start-ups such as BlueNalu making headlines. Although the land use/environmental arguments in favour of cell-cultured seafood are not as strong as for cell-cultured meat, the issue of stock sustainability is a key driver.

Dairy is a huge opportunity, both for drinking milk products, and the development of foods produced using milk. While plant-based alternatives have certainly tasted success, it remains the case that for a product like cheese, a lab-derived version may better meet many consumers’ criteria by being “cruelty-free” but still tasting/behaving like “real cheese”.

Other foods such as honey and caviar have been mooted (and beyond food, leather is also in the conversation). However, much further ahead in development is cell-cultured human milk, which although initially sounding unusual, offers an enormous opportunity based on the size of the baby food market. 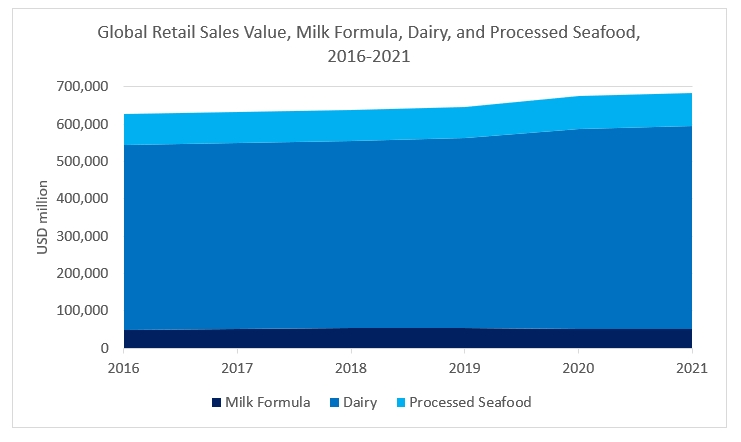 Countries around the world are preparing…

There is currently one market where consumers can eat cell-based meat – Singapore. Following approval being granted by the Singapore Food Agency, EatJust’s cultivated chicken went on sale in December 2020 through foodservice, albeit in very limited fashion. Sold as nuggets (in combination with a plant-based chicken alternative), it was offered at SGD23 (USD17) for the two dishes.

While companies’ estimates of when their products will hit shelves have continued to come and go, there appears little doubt that the point of availability is approaching elsewhere. Japan, like Singapore, is a country that relies heavily on food imports and is chasing zero greenhouse gas emissions by 2050. Mitsubishi has signed a Memorandum of Understanding with Aleph Farms to collaborate in bringing cell-cultured meat to the country. In June 2022, an all-party parliamentary group was set up to establish rules around tasting, selling and intellectual property.

Elsewhere in Asia, in May 2022 China’s Five-Year Plan for Bioeconomy Development called on the country to “develop synthetic biology technology, explore and develop new foods such as 'synthetic protein’… and reduce the pressure on environmental resources brought about by conventional animal agriculture”. This followed specific mentions of “cultivated meat” in the country’s agricultural plan to span five years, which was initially released in winter 2021.

Beyond Asia, cultured meat is inching closer to reality in Europe. In September 2021, The Cultured Food Innovation Hub was formed in Zurich by companies Givaudan, Bühler, and Migros “to accelerate the development and market penetration of cellular agriculture products”. In April 2022, the Dutch government allocated EUR60 million in public funding to the sector after passing a law which legalised the sampling of cultured meat.

Elsewhere, Israel has emerged as a hotbed of development. In 2021, Israeli start-ups in this space reportedly raised over USD500 million, comprising over one third of such investments made worldwide. In April 2022, the Israel Innovation Authority granted USD18 million to the Cultivated Meat Consortium (established October 2021), consisting of 14 companies and 10 universities/research institutions in the field.

The US is clearly gearing up for cultured meat to be available via retail; in March 2019, the USDA and FDA announced a joint regulatory framework, having releasing an initial statement about this development in November 2018. Furthermore, the USDA opened a consultation on terminology “regarding the labelling of meat and poultry products made using cultured cells derived from animals” in September 2021, receiving over 1,000 submissions.

…but will it be Brazil that leads the way?

Brazil is a global powerhouse of beef production, second only to the US worldwide, and is one of only four countries estimated to have more cattle (250 million+) than people. However, even in this country where meat production is vitally important to the economy, recent decisions by the biggest players indicate that they see cultured meat’s advance as an inevitability – and a necessity.

In March 2021, meat giant BRF signed a memorandum of understanding with Aleph Farms, which would see the two firms “co-develop” cultured meat and bring it to the local market. Later that year, BRF invested USD2.5 million in the Israeli start-up. However, this amount was subsequently dwarfed in late 2021 when JBS, the top-selling meat company in the world, announced the purchase of Spain’s cell-cultured leader BioTech Foods and a commitment to invest USD100 million in a production plant in Spain and a research and development centre in Brazil.

For these two companies, these developments do not represent a decision to abandon the traditional/standard way of producing meat, but rather recognition that meat demand is continuing to grow, the global population is increasing (forecast to hit 9.7 billion by 2050), and that cell-cultured meat will need to be part of their product mix to ensure future success.

Update: US takes the lead

On 16 November 2022, the FDA sent Upside Foods a “no questions” letter, essentially confirming that the regulator considers the company’s cell-cultured chicken process to be safe for humans. The regulator also said it is “ready to work with additional firms developing cultured animal-cell food and production processes to ensure their products are safe and lawful under the Federal Food, Drug, and Cosmetic Act”.

However, this does not mean that cultivated chicken will be hitting US shelves immediately, as Upside Foods needs a grant of inspection for its facility, a mark of inspection and label approval – all from the USDA. Nevertheless, officials from the latter have already visited and current speculation is that approval will come early in 2023.

This means that the prospect of the US becoming the second country in the world to licence cultivated meat for sale has significantly strengthened. Considering that such a move could herald a domino effect of other countries regulators’ adopting a similar stance, and the fact that the US boasts the highest processed meat sales in the world, 16 November 2022 could turn out to be an important day in food history.

For further insight into this subject, please see the report Cultured Meat and More: the Potential Shift From Farm to Lab