2022 started out as a year of hope for all companies planning initial public offerings (IPOs). Around the globe stock markets were flying on the wings of the post-pandemic recovery. But H1 of 2022 witnessed extraordinary volatility on the market and double-digit decline in IPO volumes. Market volatility is driving struggling companies to restructure their business. Large companies with diverse portfolio are eying demerging and divestitures to optimize their core business and redirect their efforts to areas with larger future growth potential.

The global stock markets entered bear territory due to the interest rate hikes enforced by central banks as a remedy against the high inflation in commodity and energy prices. The term ‘Bear Market’ is often used to denote a decline of 20% or more in the market valuation of an index or an individual stock. European markets were further shaken because of the Russian invasion of Ukraine. Asia is still in the grip of COVID-19 related restrictions.

As a result, many companies have postponed their planned initial public offerings due to market uncertainty. Others have listed but managed to raise less than what they had hoped for. But as in every crisis, there is a silver lining. A lot of them are eyeing demerging, or their own separation into two or more smaller organizations, to optimize their core business and redirect their efforts to areas with stronger growth prospects. This is also appreciated by investors, so the market valuation of the high-potential spin-offs often is significantly higher than that of the large corporate structures before the demerger.

Focus on the high growth sectors

One of the great examples of this trend is Kellogg Co. The US foods giant announced in June 2022 its plans to split itself into three standalone publicly traded companies. Each would focus on a different portion of the group’s business - snacks, cereals, and plant-based foods. The aim of Kellogg is clear: to separate its low-risk cereal business, where they are already a market leader and the category growth potential is limited, and to focus on categories with higher potential. Thus, the demerger centerpiece is the spin-off of Morningstar Farms, producer of plant-based variations of traditionally meat products. 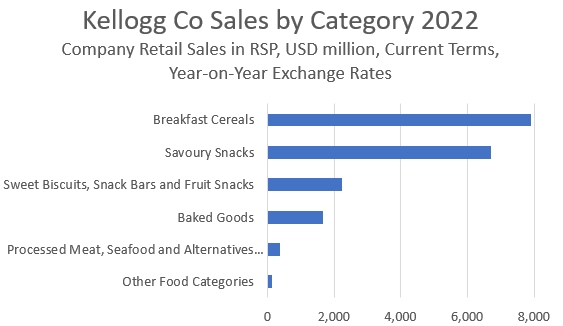 This move is sound when looking at the data. According to Euromonitor International, the Meat and Seafood Substitutes market is expected to grow by CAGR of 12.4% until 2027. At the same time, RTE Cereals are forecasted to increase by only 5.3% in the same period. Without the plan for splitting the businesses, it will be hard for Kellogg’s to capitalize on the market momentum of plant-based foods.

Healthcare on the forefront

Another company making plans to spin off parts of its business is Johnson & Johnson (J&J). The global pharmaceutical giant is preparing to split its consumer business from its pharmaceutical and medical devices operations. The consumer arm, comprising of global leading brands within Mouthwash (Listerine), Shampoo (Neutrogena), and Skin Care (Johnson’s, Aveeno), should be publicly listed by November 2023. The announcement, which came in November 2021, was faced with mixed feelings by investors, as there is less clear potential for future growth of the consumer division. While still holding a position among the top 10 market players within the Beauty and Personal Care industry, J&J has been performing below the average market growth rate and has been steadily losing share since 2016.

One of the largest demergers that the market has witnessed this year was also within the Consumer Healthcare space. In July 2022 GlaxoSmithKline (GSK) listed its former consumer products arm under the name Haleon. The demerger was the biggest listing seen in Europe for more than a decade, and formed the world’s biggest standalone Consumer Healthcare business, with initial market valuation of GBP30.5 billion. Haleon operates leading brands such as Sensodyne, Polident, Centrum and Advil. Haleon’s IPO however was also met with conservative response from investors due to their large exposure in low growth categories such as Denture Care. 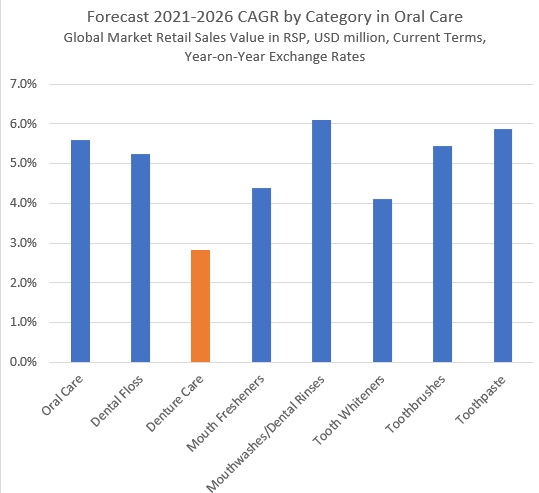 As a conclusion, in a turmoil year many companies find it hard to further their growth organically or through M&A activity. For some of the largest companies a successful strategy is to spin off parts of their business, so they can maximize their potential in high growth categories. This move can help the companies optimize their operations, but it also brings the risk that the newly listed companies would be undervalued. A proper analysis of the market potential is crucial to convince potential investors that this demerger ballet is worth buying in.

Euromonitor International has the expertise to objectively review any industry sector from an independent point of view. Learn more about our IPO prospectus services here.