The National Football League (NFL) has placed great emphasis on expanding its global footprint beyond primary markets. Analysing the league’s international strategy, it is possible to decode broader lessons that can be adopted and implemented not just by other sports organisations, but by companies across industries that see innovative consumer engagement as an essential vehicle from which to drive the sales of products and services.

The NFL is the leading sports league in the world according to Euromonitor International’s Global League Index 2021. Since the index’s inception, the league has consistently outperformed all peers, across all team sports. This feat is more impressive given that the league relies heavily on the US market and has a stunted reach compared to its closest competitors such as the Premier League or NBA, both of which boast more than 700 million followers across social media platforms in 2021. So how is the NFL attempting to compete on the world stage? 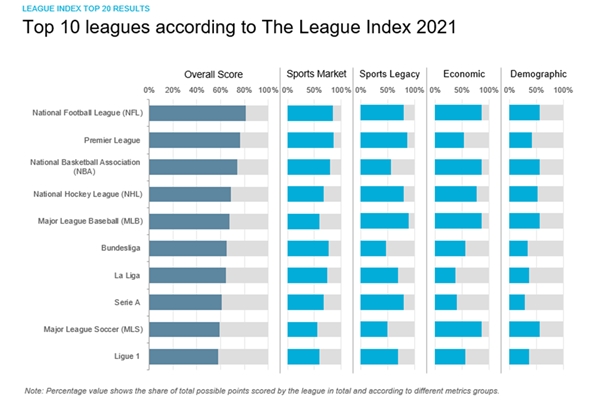 Placing teams at the heart of the narrative

The league recently granted 18 of its franchises (teams) access to 26 International Home Marketing Areas (IHMA) across eight growth markets, a move that allows teams to directly access international territories for a range of purposes spanning marketing, fan engagement and commercialisation. This approach (detailed in the table below) is a departure from its previous league-centric approach to growth abroad.

Selling American football as a sport to international audiences is a sizable challenge, but it is not one that needs to tackled head on. Europe is a football/soccer obsessed region. 70% of the top 20 leagues are soccer leagues and within these, there exists a small clique of elite teams that account for vast swathes of global attention and the bulk of commercial revenues. American football’s closest regional counterpart might well be considered rugby union, and despite a rich heritage in Europe, the highest ranked league is France’s Top 14, which placed mid-table at 22 in the league index in 2021.

The team-centric approach to cracking international markets offers potential. It encourages fans to choose a side to root for instead of trying to generate interest at a sport or league level. The variety of teams, all with their own identities and brand values, offers international fans a more compelling proposition that will attempt to organically foster a wider interest in the sport.

What brands can learn: Across industries, brands are looking to win consumers’ attention and translate this into favourability and purchase consideration. The NFL’s approach to IHMA’s indicates a willingness to shift from a top-down to a bottom-up strategy and shows a greater confidence in the ability of franchises to contribute to the bigger picture.

The League’s presence does not stop at the final whistle

While most attention will continue to stem from broadcast and digital channels, the persistent physical presence of the NFL in international markets will be crucial to growing loyalty in the long term and is an area where other leagues keen to grow internationally have previously fallen short. Euromonitor International’s 2021 Consumer Lifestyles survey highlights that while time is increasingly spent in digital environments, real world experiences remain more valuable in the eyes of consumers.

What brands can learn: The NFL has created a presence in the UK that will be emulated across other key markets. Social media platforms offer brands the ability to reach large global audiences online, yet re-enforcing this presence beyond likes, shares, and impressions, and reaching consumers in the real world still matters more to most consumers. 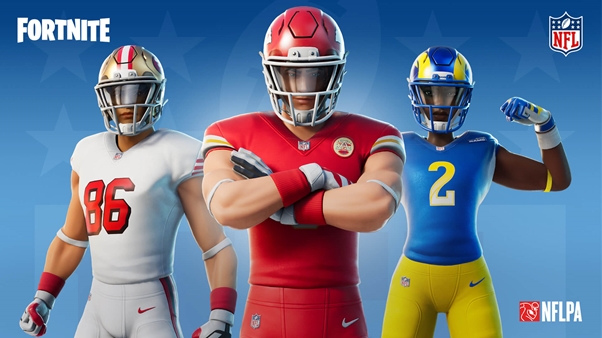 The NFL opened its virtual store on the free-to-play (F2P) gaming universe Roblox in late 2021. Fans were able to buy jerseys and helmets of their favourite teams in the league. Other established brands such as FC Barcelona and Nike have also looked to Roblox as an opportunity to engage younger fans in digital environments.

In-game purchases are not a new phenomenon, yet the NFL’s proactive digital approach and willingness to relinquish control over the tightly controlled narrative surrounding its intellectual property (IP) in favour of embracing user-generated content indicates a more flexible approach that will be particularly appreciated by younger fans. With so much emphasis from big tech players on immersion into the metaverse, allowing fans the ability to engage with well-known brands within the league without necessarily engaging with the sport is a more progressive approach to future engagement, and one that acknowledges the inevitable dissipation of legacy fans in the coming years.

Euromonitor International’s Consumer Lifestyle survey shows that while real world experiences are most valued, approximately half of consumers in 2021 agree or strongly agree that they value online virtual experiences.

What brands can learn: A strategy that embraces user-generated content across digital environments will continue to engage young sports fans. This willingness to be less restrictive of how intellectual property is utilised is not specific to the NFL but can be applied to any brand looking to generate organic engagement in a world where gamers, streamers and influencers often hold significant sway.

The NFL’s approach to international growth will place its top franchises at the heart of its strategy, capitalising on the unique identities and narratives of the teams. Meanwhile, it will continue to proactively scan the digital horizon for emerging opportunities to drive engagement and revenues. All of this points to a more flexible approach to how the NFL leverages its IP to catalyse growth and offers insights for brands looking to achieve similar goals within competitive marketplaces.

For further insight, please see our report, The League Index 2021: How the Sports Industry is Emerging From the Pandemic.