The state of Oaxaca in Mexico has made history by being the first state in the country to pass legislation that prohibits the "sale, distribution, and supply of sugary beverages and high-calorie processed foods to those under the age of 18 ". The products prohibited will be those with black labels (set to extend to all applicable packaged food and beverage products by October 2020) warning consumers that they contain an excessive amount of any the following: fat, sugar, sodium, saturated fat. Oaxaca’s new law extends to both private and public educational institutions as well as retailers and vending machines.

Although marketing bans on foods and beverages deemed unhealthy have been implemented in various countries (i.e. Chile, Canada, Norway), this is the first territory where an outright ban of their sales has been applied to children. This new law was also recently adopted in the state of Tabasco. 27 additional states and 2 cities (Mexico City and San Luis Potosi) are either analyzing the law or have already drafted similar initiatives. In all, there are now 5 proposals for federal reform on this topic. This signals the potential for the entire country to implement a total ban of sales of 'junk food' to minors. These are a few key ways this law is expected to change consumption.

Impact on per capita consumption of ‘junk food’

Per capita data from Euromonitor International shows that the average Mexican consumed 3.2 oz of savoury snacks and drank 1.9 litres of cola carbonates per week in 2019, the highest rates in Latin America. Enacting this law is likely to disrupt many daily consumption activities. One important question is the reaction of parents in Oaxaca. Will they be more or less likely to purchase banned products for their children? According to Euromonitor’s Health & Nutrition Survey, 33% of Mexican respondents wanted to “improve their children’s eating habits”. Therefore, it’s likely that some consumption will diminish, however, another important factor is pricing. Healthier snacking and beverages are unlikely to be adopted if parents deem unit prices unrealistic. In soft drinks, 100% juice may grow as an option for school lunches, but growth will be muted because of its higher unit prices. Conversely, the change in behavior could be stickier if healthy alternatives are quickly made available at locations often frequented by minors – leading to a smoother transition as many children switch their snacks and drinks to legal options.

In confectionery and savoury snacks, the traditional channel makes up more than half of all value retail sales in Mexico. For soft drinks, the share is one-third. The channel’s convenient locality to schools and residential areas means that it is common for minors to pass these stores, including ‘tienditas’, and impulse-buy snacks and beverages on their own.

Under this new law, if minors want indulgent snacks during lunchtime for example, they will need to request snacks from their parents, bought ahead of time, likely in larger pack sizes, so we can expect some of these lost sales to be made up in supermarkets/hypermarkets, although with smaller profit margins. In addition to traditional outlets, vending machine sales will drop significantly and large convenience chains such as Oxxo will likely see larger declines because they will comply at higher rates with the law due to their wide public perception.

COVID-19 and concern for health

This law arrives at an opportunistic time, as junk food has been hotly debated in politics because of associations between healthy eating and risks of COVID-19 contagion. Mexico’s rate of diabetes is 13% of all adults compared to the Latam average of 9%. Habits formed at a young age shape those of adulthood. This new law can be viewed as more of a preventative measure – preventing vulnerable kids from falling into unhealthy eating habits. While this new law may seem extreme, it is not the first of its kind in the region that targets children. Chile banned children characters on products with black labels highlighting unhealthy nutritional content. Outside Latin America, for the same reason, Lidl in the UK removed cartoon characters from its own-brand cereal. 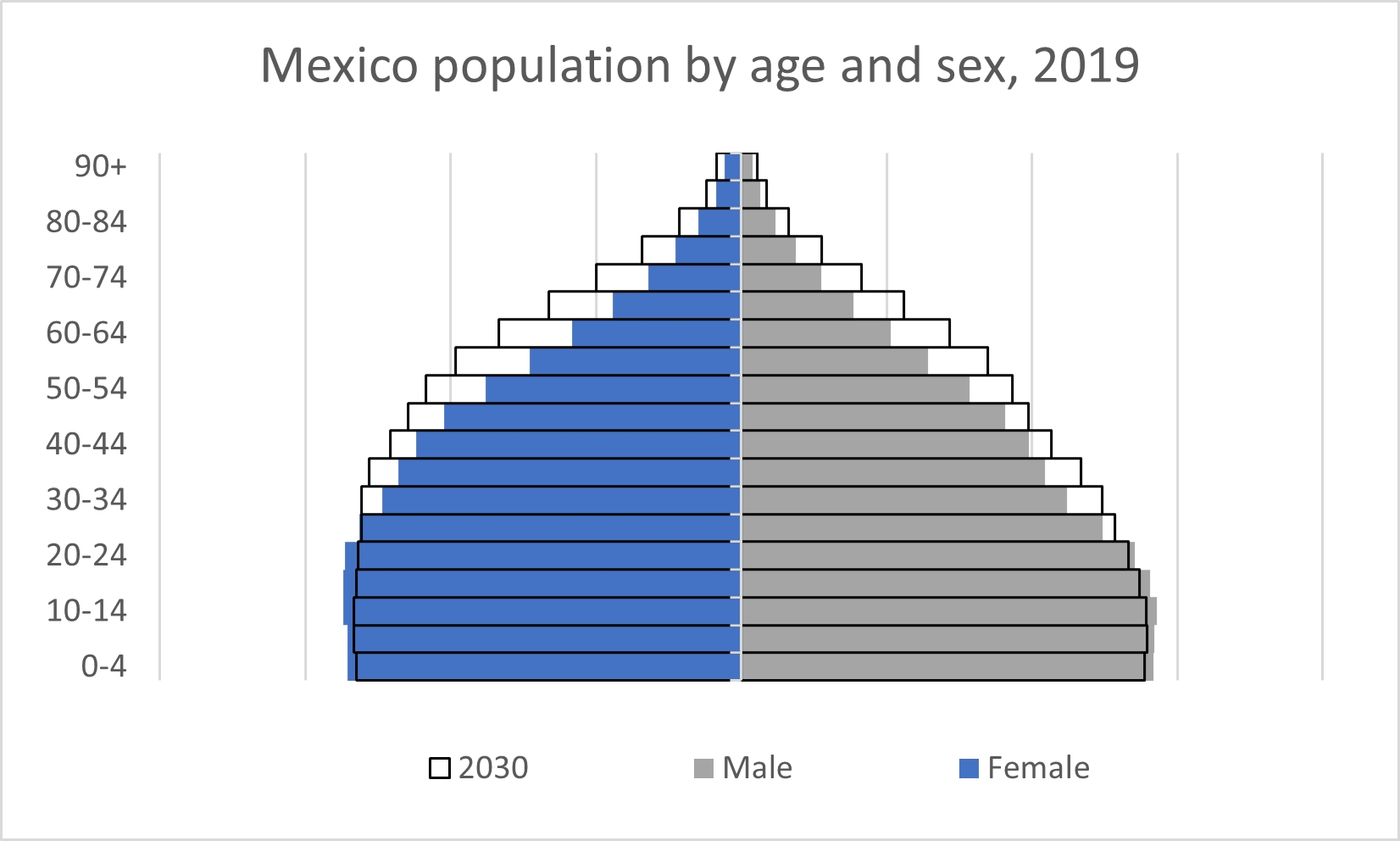 Arguably the most important question to consider is related to effective enforcement. Mexico previously enacted a tax in 2015 to all sugar-sweetened beverages, but as a result, per capita consumption of soft drinks did not decrease dramatically and recovered as consumers acclimated to the bump in prices in order to maintain their habits. Will there be effective enforcement of this new law? It has been stated that those who violate it will be fined anywhere between 8 thousand and 130 thousand Mexican pesos (between about 360 and 5900 US dollars). Will that be substantial enough to prevent store owners from circumventing the law? Given the wide range of the fine, how will it be determined in the case a merchant does break this law?

Opportunity cost is the largest risk factor in this situation. If alternatives are made quickly available in the affected retailers and manufacturers are able to respond by reformulating their products in time, this law stands to leave a lasting positive impact on younger consumers. Any delay might impact sales of small businesses negatively according to ANPEC. In addition, Mexico as a country is expected to age significantly by 2030, meaning that these younger consumers will have greater purchasing power and their perspectives on healthy eating and drinking stand to shape the future of eating and drinking. The steps taken today have the potential to improve lifestyles if implemented with a concerted effort by both the food and beverage industry and the local government.

How Consumers and Businesses are Reacting to Food Price Inflation

The cooking ingredients and meals industry is predicted to see 3% growth in 2022, driven by inflationary pressures and hybrid lifestyles, resulting in consumers…