*This is an analysis by Alan Rownan, Head of Sports at Euromonitor.

As the Super Bowl showdown between the Los Angeles Rams and New England Patriots at Mercedes-Benz Stadium in Atlanta is just days away, we preview the event from a strategic data perspective – touching on the host city and stadium, the performance of selected sponsors that are investing heavily in prime advertising slots and look at why this Super Bowl may ultimately be a milestone en route to something greater.

The NFL's Draw of Commercial Attractiveness

To achieve the lofty long-term revenue goals recently outlined by League Commissioner Roger Goodell, maximising partnerships, broadcast revenues and unlocking new fans—especially in growth markets—is imperative. Much has been written about recent challenges facing the league. Regardless, the NFL is the most commercially attractive domestic professional sports league globally, according to Euromonitor’s League Attractiveness Index (2018). Where the NFL outperformed other rights holders, whether European football or other major leagues in North America, is sheer size. Averaging over 67,000 fans attending per game, a strong cross-generational legacy, and competitiveness that outguns some of the most well-known leagues in the world, the NFL continues to welcome international fans into the fold.

And for many, the Super Bowl is the official welcoming party.

Winning the bid to host the Super Bowl is no easy feat. Despite the challenge of meeting the requirements rigorously detailed by the league, the benefits of being the chosen city to host the event are manifold. The influx of thousands of fans, journalists, NFL employees and other stakeholders has been estimated by sources to equate to over $300 million in revenue while providing a range of ancillary benefits, most notably job creation for the event and an excuse to invest heavily in local business and improve city infrastructure. Atlanta is the largest city of the last five years to host a Super Bowl, the mega-event returning to the city after 19 years. 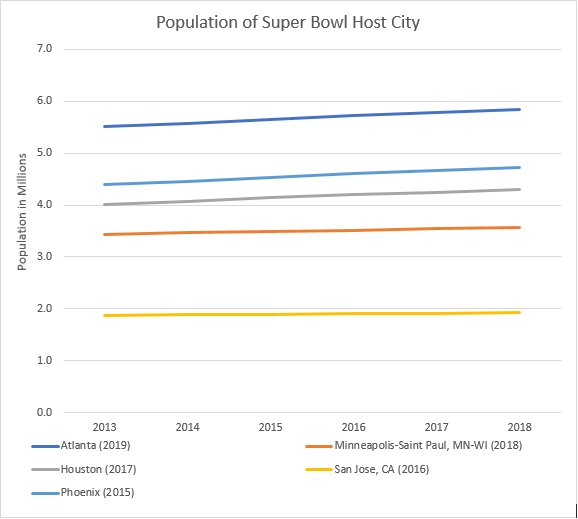 Mercedes-Benz Stadium will host the game. Quickly becoming renowned as a first in class when it comes to fan experience the venue has a lot to offer. Evidently, NFL is eager to capitalise on venue investment, Mercedes-Benz Stadium will be the ninth “new” stadium to host the Super Bowl since 2004.  Viewed within the industry as one of the most innovative arenas in professional sports, the Mercedes-Benz Super Bowl audience will get to experience a first of its kind translucent flower petal roof, and (far more importantly) a 360-degree HD Halo Oculus (the world’s largest LED video board) which will be used to full effect during the game.

In 2018, the venue was notable not just for hosting the Falcons franchise. The 2018 Major League Soccer final, between Atlanta and the Portland Timbers at Mercedes-Benz Stadium, had an attendance of 73,019 in attendance a new record for the league. Surpassing this was the 2018 College Football Playoff National Championship which saw an attendance of 77,430. 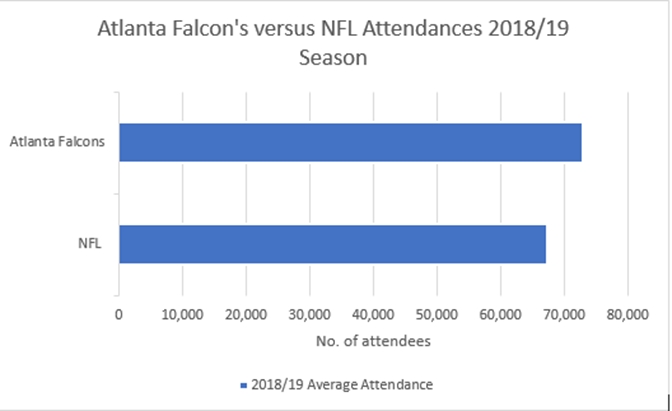 A venue attribute that has long curried favour is the fan friendly pricing, and this will remain in place for the Super Bowl. This innovative pricing strategy is starting to gather momentum with other franchises, eager not to price loyal fans out of the market when it comes to ticketing and concessions, encouraging fans to arrive to the venue earlier rather than seeking alternative options to eat and drink that may be more cost efficient. 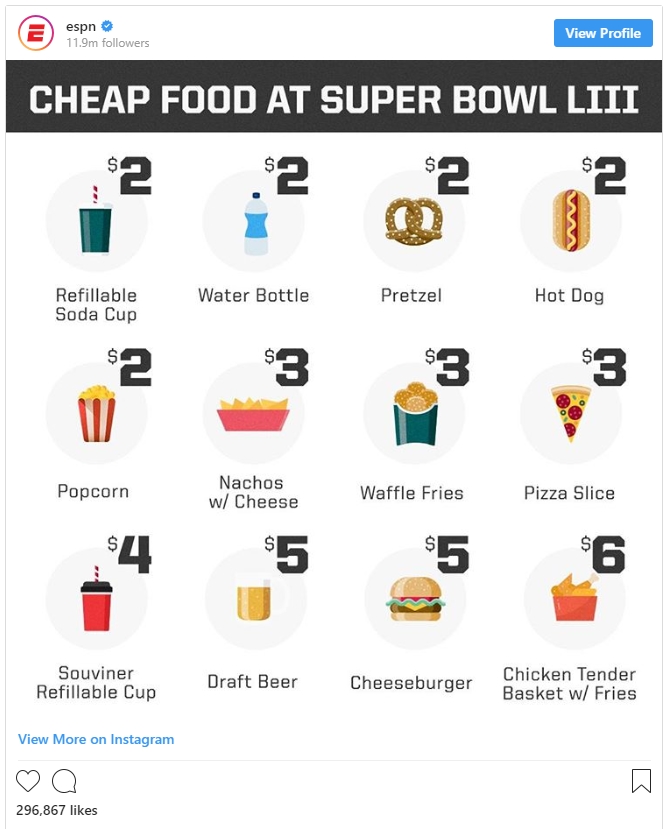 PepsiCo’s marketing investment and Super Bowl activation strategy isn’t a flash in the pan as much as it is the cherry on the cake of a sustained partnership strategy. Advertisements starring rapper Cardi B and actor Steve Carell have already whetted fan appetite for what’s to come in the big game. The company will look to use the event a way to steal market share in key categories such as Cola Carbonates and increase its advantage in savoury snacks. 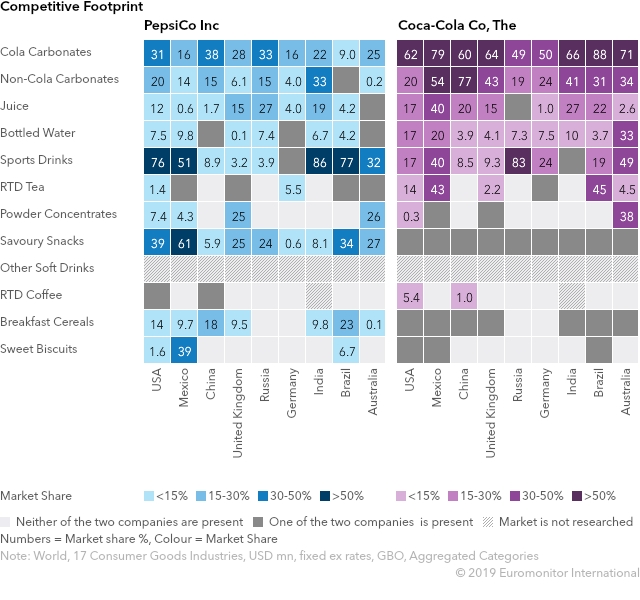 For the big brands activating, star power is essential. The international audience watching the event are far more likely to be familiar with celebrities, performers and actors than perhaps even the professional athletes on the field. 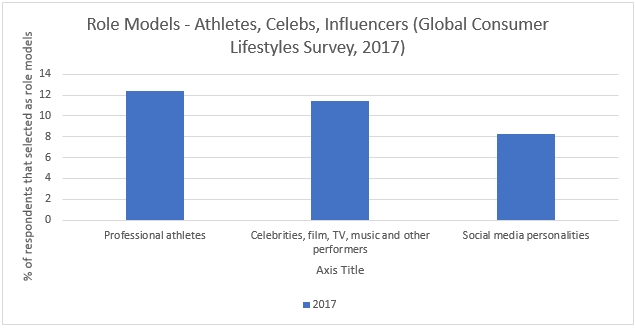 Actress Zoe Kravitz for instance has partnered with Anheuser-Busch InBev to inject energy into one of its high performing brands. Beer volume sales in the US are stagnating and expected to continue to do so over the coming years, hovering at approximately 24 billion litres. That doesn’t mean beer partnerships within professional sports are becoming any less lucrative. Anheuser-Busch InBev are allocating ad spend for promoting Michelob Ultra, the fastest growing beer brand in the US over the last five years. 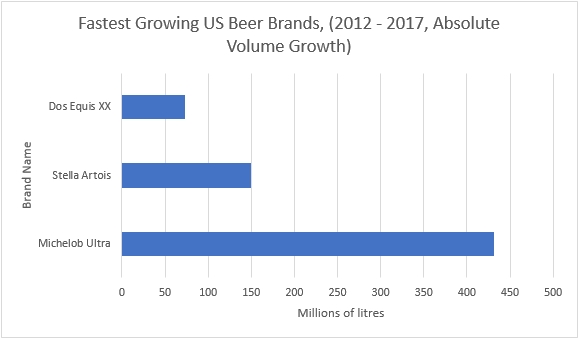 Not only is there a huge audience watching live, but the longevity of exposure means that Super Bowl ads are watched and re-watched across a range of channels. Twitter, Facebook, YouTube, Weibo and other platforms guarantee to sustain the interest long after the event carrying the message internationally beyond the loyal home fan base.

Chatter on social media can also translate into paying OTT subscribers. The NFL will be aiming to drive its NFL Game Pass platform in new territories. As DAZN, Eleven Sports and any number of sports focused OTT platforms continue to spring up, Game Pass will also be used to compete and capitalise on a digital fan base. 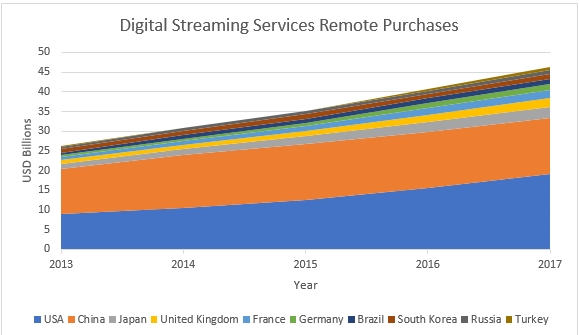 Growing international fan base and international sponsorship footprint in parallel will be key to fulfilling NFL Commissioner Roger Goodell’s target of hitting $25 billion in revenue by 2027. Now that sports fandom is more popular than ever, is more emphasis on the NFL now to execute across different media platforms and monetise effectively. As global attention concentrates on Atlanta this week, expect the NFL playbook to involve a heavy focus on winning new fans on new platforms, and educating them as to why the NFL is the most commercially attractive domestic sports league globally, and not just on the night of the Super Bowl.

To learn more about benchmarking for partners and investors, check out Euromonitor's Global League Attractiveness Index.

The League Index 2021: How the Sports Industry is Emerging From the Pandemic

The League Index was developed as a means to benchmark top flight domestic leagues across key metrics, ensuring that stakeholders can contextualize performance…

This report analyses the evolving synergies between Chinese and European football across key areas including sponsorship and fan engagement strategies.

This report looks at the global landscape of professional sports in 2021, from matchday performance and online engagement, to global sponsorship activity that…