In recent years, consumers’ awareness of sustainability issues has increased, and consumers have developed a newfound desire for purpose-driven brands. In addition to consumers, governments have begun to take notice and have launched initiatives to align with the United Nation’s Sustainable Development Goals (SDGs). Regulations regarding greenwashing and waste management are likely to change in the EU, along with changes to environmental, social, and governance (ESG) requirements in the UK and the US. Because of this increasing awareness, both apparel and footwear brands are re-examining their operations.

According to Euromonitor International’s Voice of Consumer: Lifestyles Survey 2022, consumers are increasingly engaging in environmentally-conscious behaviours (Figure 1) and buying from brands that support social issues (Figure 2). The increase in the number of environmentally- and socially-conscious consumers is especially relevant for the apparel and footwear industry, which has historically been riddled with environmental issues (ie, carbon footprint) and human rights issues (ie, child labour). 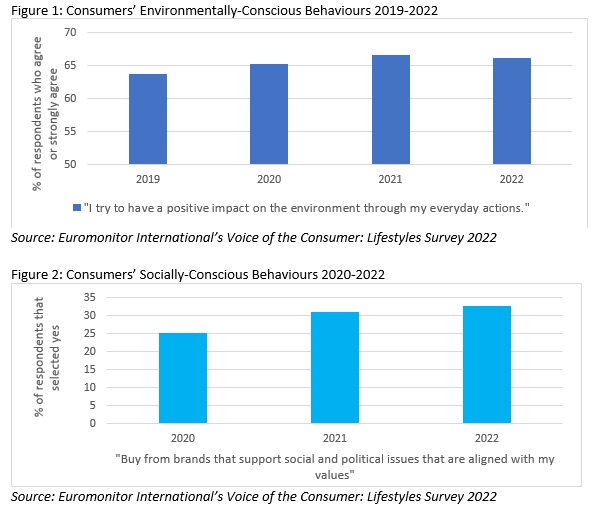 An increased global interest in sustainability from regulators has pushed companies to improve disclosures regarding their environmental footprint. In June 2022, the European Commission implemented a Corporate Sustainability Reporting Directive (CSRD). Qualifying companies must report how their operations deal with pollution, social responsibility, human rights, and diversity by 2024. In the US, the Securities and Exchange Commission (SEC) proposed rule changes that would require public companies to include climate-related information such as material impacts on their business, climate-related risks, as well as greenhouse gas emissions.

While consumers who prefer purpose-driven brands are predominantly in higher-income groups, the increasing importance of sustainability is not limited to luxury. In Euromonitor’s Voice of the Industry: Sustainability Survey 2022, half of surveyed apparel and personal accessories professionals consider their company to be on a journey to become purpose-driven, and 93.5% stated their company plans to invest in the development of sustainable products. 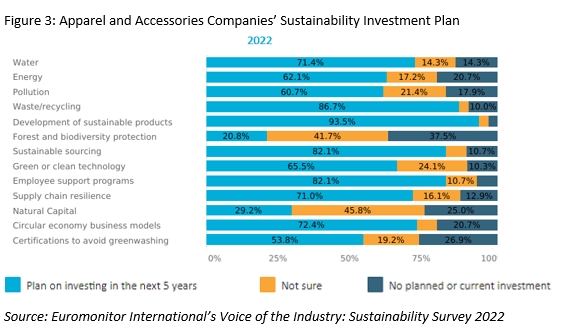 Previously, companies were concerned with “creating less harm”. Now, the language around sustainability and ESG is about putting purpose over profit, rather than simply reducing negative impacts. Two emerging brands set out to tackle the sustainability issue in footwear and challenge the industry’s standards.

Allbirds and Veja, two emerging footwear brands at the forefront of sustainability

Tim Brown and Joey Zwillinger founded Allbirds in 2016 with a USD200,000 development grant from a New Zealand wool industry research group and a Kickstarter campaign. Now, Allbirds is a certified B Corp offering footwear made from wool, as well as apparel. Originally a Direct-to-Consumer (D2C) e-commerce model, the brand has since opened a few stores, following the opening of its flagship store, built beneath its headquarters in San Francisco. Currently, its omnichannel approach is still digitally-led, with most revenue coming from e-commerce.

Allbirds’s commitment to sustainability is further shown in its Allbirds Flight Plan, which outlines the list of commitments the company plans to pursue to halve its environmental footprint by 2025, then reduce it to near zero by 2030. Currently, the company’s operations are 100% carbon-neutral. In addition, Allbirds uses carbon footprint labels to inform consumers about the impact of each product.

Founded in 2004 in Paris, France by Sebastien Kopp and Francois-Ghislain Morillion, Veja has grown to an international brand selling over 3.5 million pairs of sneakers and supplying over 2,000 retailers in 60 countries. 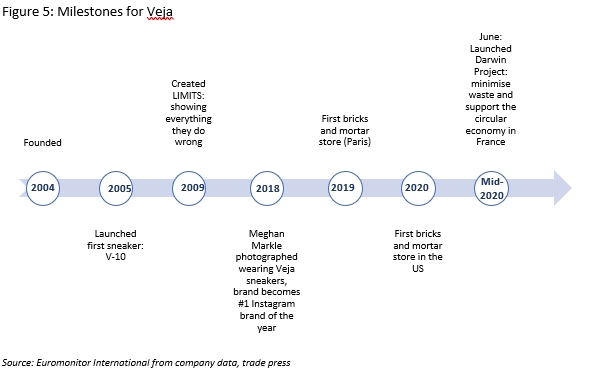 All materials are sourced from Brazil and Peru from a transparent value chain. Materials used in production include recycled plastic, sustainable rubber, and organic cotton. According to Euromonitor’s analysis of the company’s products sold online in 2022, 115 (40%) out of 291 sneaker models are 100% vegan. Its unconventional sourcing and production make the cost of production five to seven times more expensive than its competitors.

However, Veja chooses to spend nothing on advertising, and instead invests its entire budget in production, raw materials, and fair-trade principles. This brings its costs to the same level as its competitors. The brand relies on word-of-mouth for advertising, and took off internationally in 2018, when Megan Markle was photographed wearing Veja sneakers, launching the brand to #1 on Instagram’s brand of the year.

Collaborations seem to be the route for established footwear leaders

With total revenues of around USD300 million and USD200 million respectively, Allbirds and Veja are two emerging footwear brands that hold minimal market share in the US, especially when compared with giants such as Nike and adidas. However, with changing consumer behaviours and priorities, Allbirds and Veja offer a new blueprint for sustainable footwear, and mainstream brands are taking notice.

In 2021, Allbirds and adidas collaborated to create the FUTURECRAFT.FOOTPRINT sneaker, creating a shoe together that produces only 2.94kg CO2 per pair. This collective work from competitors was a signal of change for the footwear industry, with giants and innovators sharing ideas and resources to move the industry towards a more sustainable future collectively.

The rise of new, successful models placing purpose over profit shows that consumers are looking for brands that align with their values. Other emerging models in sustainable footwear and apparel include second-hand buying and resale, rental models moving beyond traditional ownership, sustainable e-commerce, and increased supply chain transparency.

Companies that are creating circular economies within their own ecosystems will stand to benefit from changing consumer values. Patagonia, a long-time sustainability leader in the apparel space, launched its used gear selling platform, Worn Wear, in 2017. Both Veja and Allbirds have initiatives to repair, resell, and recycle worn sneakers, contributing to a circular economy. 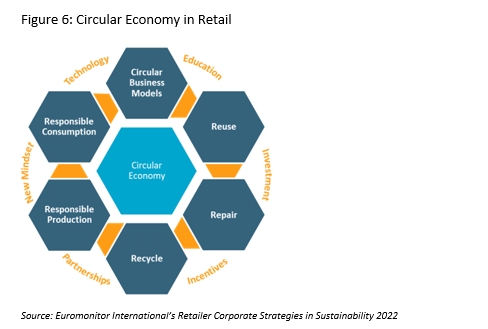 Footwear giants with an abundance of resources cannot easily transform global supply chains in a matter of months, or even years. However, players such as adidas have been able to make strides in the sustainability space through their own efforts, as well as collaborations with new innovators, such as Allbirds, and industry collectives, such as the Sustainable Apparel Coalition (SAC). Meanwhile, smaller players will continue to emerge with innovative, sustainable products and models. New businesses that lead with purpose and values from their founding resonate with environmentally-conscious consumers who have lost trust in the industry.

However, one eco-friendly product alone will not push a footwear brand into the sustainability space. Instead, placing values at the core of the model and throughout the value chain will be key moving forward into the new standards for sustainability in footwear.

For further insight, see the report World Market for Apparel and Footwear.