Ageing, urbanisation and migration continue to be major factors shaping global population trends. The number of seniors around the world is expected to grow and with it the focus on health and wellness. Meanwhile, rapid urbanisation and intensifying international migration are expected to have long-term implications for socioeconomic development and shifting consumer preferences across the globe.

Declining birth rates and ageing populations are set to continue to characterise global demographic trends. The 65+ year-old age cohort is predicted to reach nearly 15% of the global population (1.3 billion) by 2040. However, while life expectancy and living standards are increasing worldwide, the global population is also experiencing a rise in health problems such as diabetes, obesity, high blood pressure and elevated cholesterol levels, especially at an older age. In fact, the obese population globally is forecast to increase by 25% and reach nearly 19% of the global population aged 18+ years by 2040. Due to rising health issues, the emphasis on better nutrition, physical activity and mental wellbeing is increasing. Companies are adapting to changing consumer preferences related to health and wellness. For example, the US-based start-up Memore taps into the dynamic functional food and beverage space by offering a powder packed with plant-based proteins. The powder claims to improve cognitive function and reduce the risk of developing dementia related to Alzheimer’s.

The world’s urban population is growing rapidly and is predicted to reach 5.7 billion - almost two thirds of the total global population - by 2040, with six new cities (Chennai, Luanda, Bandung, Hyderabad, Baghdad and Dar es Salaam) joining the global megacities (+10 million citizens). Rapid urbanisation is set to place a strain on infrastructure and resources. However, city planners are increasingly turning to planned urban development before the sprawl occurs. One of the major urban development trajectories is the initiative referred to as “15-minute city”, which seeks to provide all essential services and meet the needs of residents, such as access to work, school, grocery stores and other services within a 15-minute walk or bicycle ride. 15-minute developments are being implemented in Paris, Stockholm, Portland and other major cities globally. 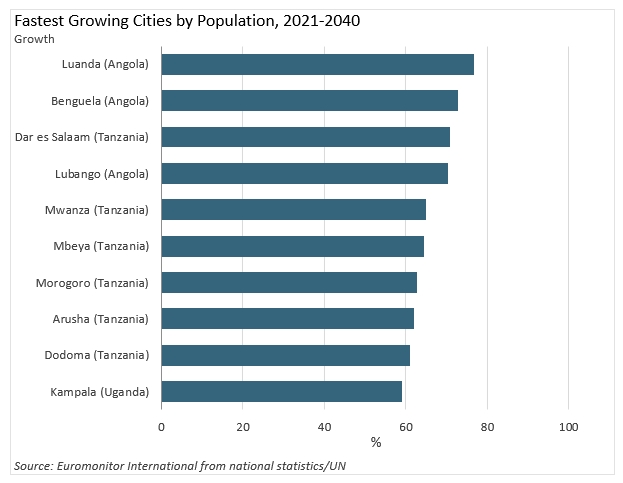 Globalisation, improved connectivity and economic integration have spurred the increase in international migration flows over the last decades. According to the World Migration Report 2022 by UN International Organization for Migration, in 2020 there were 281 million international migrants globally in 2020, up from 272 million in 2019. International migration is expected to further rise over the next decades as changing demographics, global population increase, economic pressures and environmental issues are likely to intensify and drive migration flows. Given the rise of migration and population diversity, companies are incorporating various authentic ethnic products into their assortment to cater for a broader range of consumers. For example, Weee, the fast-expanding e-grocery store in the US, is set to become the one-stop shop for food across various ethnicities. In 2021, the company added Hispanic food to its assortment and expanded to 40 states and Washington, D.C. in the US. 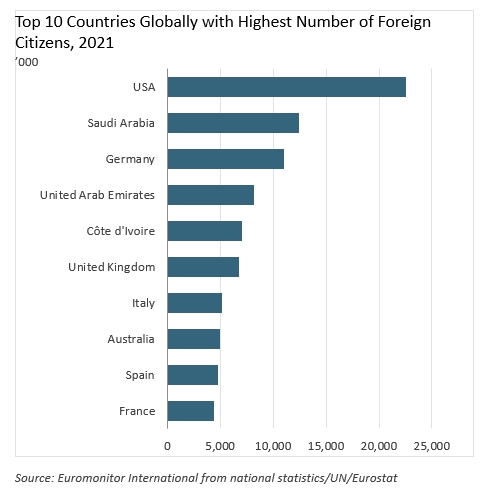