International Women’s Day is all about celebrating the impact and accomplishments of women, and eliminating the stereotypes of the traditional, socially constructed roles women are expected to have in life.

On a positive note:

Nevertheless, even though real income growth over the past few years was more robust for females than males, in 2022 women’s average disposable income remains 31% lower than that of men worldwide. Income inequality remains one of the most significant obstacles in reaching gender equilibrium. 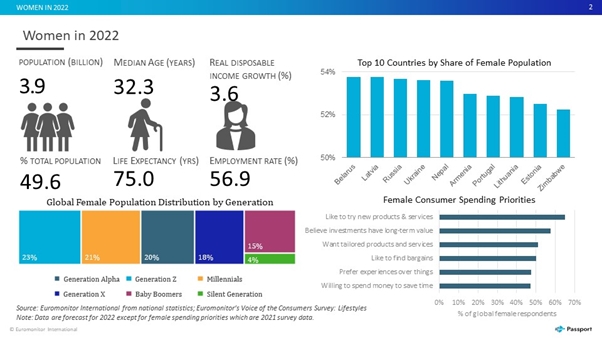 Does Your Business Need a Metaverse Strategy?

The briefing examines how the top global healthcare trends such as shifting consumer health behaviours, personalisation, the transformation of medicinal…

The report examines inflation level and drivers globally and in the key countries. Global inflation is forecast to accelerate due to higher energy and commodity…