IFA 2022 Berlin took place in a physical space for the first time, after a three-year break. The conference featured the latest product innovations and industry hot topics, and also allowed experts to get back together. The 2022 IFA conference revolved around three themes, as expressed by IFA’s Senior Vice President David Ruetz in his opening speech – connectivity, smart home and sustainability.

Connectivity is one of the biggest drivers in tech industries, and the pandemic has further accelerated this trend. With the slogan “Connect to Extraordinary”, Haier showcased its hOn app platform, which allows users to manage appliances from its three brands Haier, Candy and Hoover. Besides connected refrigerators, air conditioners and the latest CHEF@HOME Series 6 oven, Haier presented WashPass, a subscription service. Not yet on the market, this service will allow consumers to acquire a home laundry appliance through long-term rental, and obtain detergent directly from the manufacturer, in pay per wash mode. Connectivity is essential for receiving alerts on needed refills, or to allow direct ordering, and to monitor usage patterns.

Meanwhile, Siemens debuted a next generation of its connected iQ700 oven, which prides itself on connectivity and the use of AI in the kitchen. On knowing the name of the dish, the oven assistant suggests the setting and passes it onto the oven. In the same range, Siemens introduced a washing machine with automatic dosing system i-Dos, with detergent scan feature. This allows the barcode on the detergent packaging to be scanned, dispensing the recommended dose of detergent or sanitiser, as these differ across consumables brands. Appliances are connected via Siemens’s Home Connect app.

A unique fridge was also presented by LG. Its Funky MoodUP refrigerator has colour-changing LED door panels and built-in speaker, and connected through the LG ThinQ app, users can choose from numerous colours and play music. Colour changes and music can be synced, and the refrigerator signals when the door is open for too long by blinking. 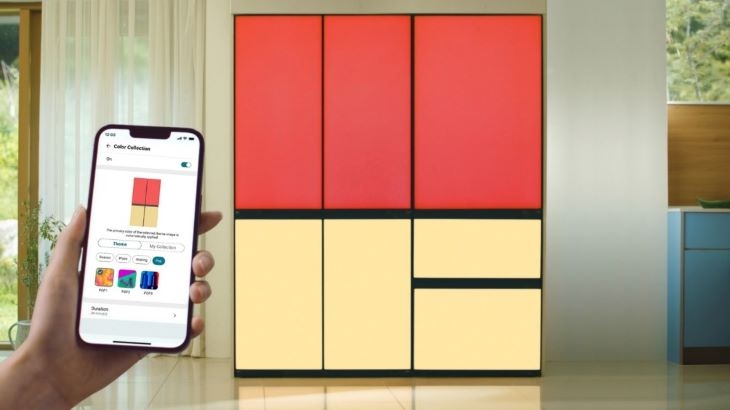 From Samsung’s SmartThings to Miele’s Smart Home app, also shown at IFA, connected domestic appliances are now an industry standard, allowing more control and new personalised features. So far, this is the case mainly for major appliances, with some exceptions, such as robotic vacuum cleaners or multicookers, such as Thermomix or Xiaomi’s Mijia. Connectivity, however, is also increasingly moving into the realm of smart domestic appliances, as shown at IFA. Bosch, for instance, showcased the smart Cookit multi-cooker, a Wi-Fi enabled appliance that can download new recipes or use voice commands. 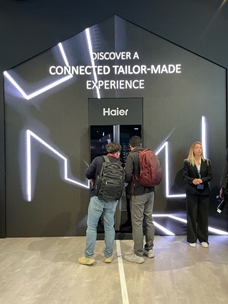 The second overarching trend was smart home. Developing appliances that work well as a part of a smart home ecosystem is now more a reality and industry standard, rather than a gimmick.

Ideally, smart home brings the other main trends from IFA - connectivity and sustainability - together in one coherent system. At IFA, two trends in smart home were apparent. A move was seen towards creating “scenarios” for smart home, assisting with daily tasks. Secondly, smart home was presented with the goal of being energy-efficient and sustainable by monitoring and optimising consumption.

For instance, Samsung demonstrated what future homes might look like with its SmartThings ecosystem. Samsung pledges to have 100% of major domestic appliances Wi-Fi-enabled by 2023, with the integrated SmartThings Energy service. This service allows monitoring of consumption, suggesting ways of saving energy and automatisation. In the ecosystem, appliances, shutters and lighting react according to a scenario (morning, watching films, evening, etc.), for instance, switching on the air purifier and air conditioner when working out. Similarly, Haier showed tailor-made scenarios developed for areas in the home, such as laundry room, living room or kitchen, automated to the user’s patterns and appliances, reacting to temperature and air quality at home. On display was Haier’s new AI-enabled Cube 90 Series 9 refrigerator, which can serve as a control hub for the home. 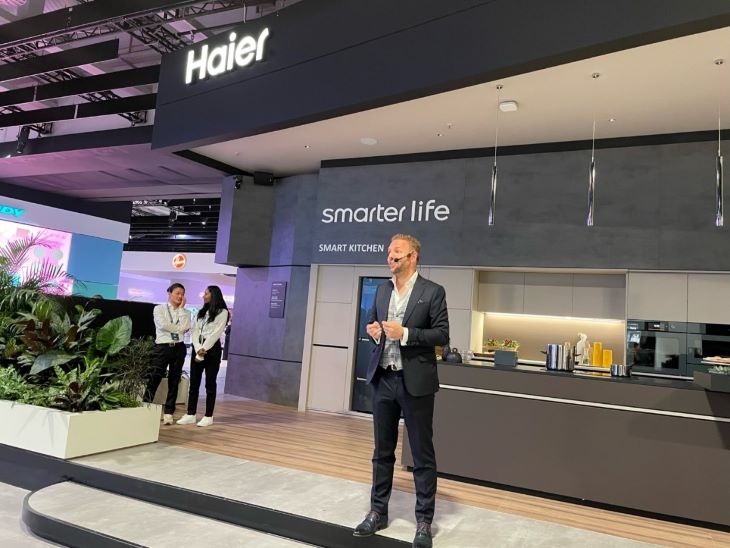 Source: Euromonitor International
Bosch and Siemens also stressed the intersection of smart and sustainable, with a focus on the kitchen. They highlighted their new Smart Kitchen Dock – a smart speaker and display through which kitchen appliances can be controlled, or it serves as a central hub.

In LG’s area, there was a focus on creating cross-function appliances, with the already-mentioned MoodUP refrigerator, and PuriCare Aero Furniture. Aero Furniture is a table and air purifier with integrated chargers and various lighting settings. As such, LG’s booth differed to other mentioned players, with a focus on experiences and “smart life solutions” rather than offering one smart home system.

Last, and possibly the biggest trend, was sustainability. “The global meltdown is disrupting economies everywhere and yet the hottest topic on the planet is actually the heating planet” said Hakan Bulgurlu, the CEO of Arçelik, during his keynote speech. It is predicted that demand for cooling devices (air conditioners, refrigerators, freezers) will reach 14 billion appliances by 2050 (currently 3.6 billion), significantly increasing demand for energy. This is expected to be driven by areas such as India, Bangladesh, sub-Saharan Africa and Indonesia. Acting on the climate is urgent. To get to a net zero future, energy efficiency is the only quick solution. To achieve it, appliances manufacturers should act in a global regulatory environment on appliance standards and labelling bearing in mind level playing field and adequate carbon pricing mechanism. Beyond stronger energy regulations, water regulations should be in place, as well as clean technology becoming standard.

Repairability, recycling, and the modularity of appliances were discussed widely, and companies-exhibitors, such as Panasonic, LG and Miele, to name a few, presented their strategies in this field. Energy efficiency claims were highlighted by nearly all well-known brands present at IFA 2022. A specific focus on saving water was showcased by the Beko SaveWater product line, as well as Bosch Serie 8. Microplastic filtering systems are also gaining traction, with both prototypes and already available solutions.

We invite you to dive deeper into the themed product launches at IFA 2022 through our soon-to-be-released extensive briefing in Passport.