This is the second in a two-part recap of IFA 2019. For the consumer electronics recap – see here.

5G, Voice and AI were the main highlights of IFA 2019 which took place in Berlin, 4-11 of September. During keynotes, panel discussion and presentations the participants have discussed the future of technological advancements, the possible threats and opportunities.

The world consumer appliances industry is in a healthy state, with 3% global volume growth predicted for 2019 according to Euromonitor International latest industry update. Despite the Chinese slowdown, the market is driven by Asia Pacific, but growth is recorded in all the regions except for Western Europe, where the consumer appliances industry is under pressure due to a saturated market and uncertain economic and political conditions.

Exhibitors at IFA 2019 presented solutions and product prototypes that feature all the latest technological advancements. Smart appliances and smart home are no longer a futuristic concept, but a reality that we have stepped in. The competition is fierce as every producer makes their products more digitalized, ultimately aiming to make consumers’ life better and easier. Apart from connected and smart ecosystems, industry players increased their focus on “health and wellness”, “being green” and appealing design.

Hakan Bulgurlu (CEO of Arçelik) during his keynote speech

Sustainability has been observed as one of the key topics in home appliances for several years. Though, it was mostly focused on helping consumers to be sustainable – save energy, consciously dose products, use less water, which eventually would help to save one’s costs. An example of this trend evolving further comes from Electrolux AB and its washing machine with detergent dispenser. The compartment can retain laundry detergent and fabric softener amounts enough for up to 20 full wash loads (9kg). With every washing cycle, the machine detects the weight of the laundry and dispenses the required amount of product. Potentially, such products would be favoured by consumers living a packaging-free life. 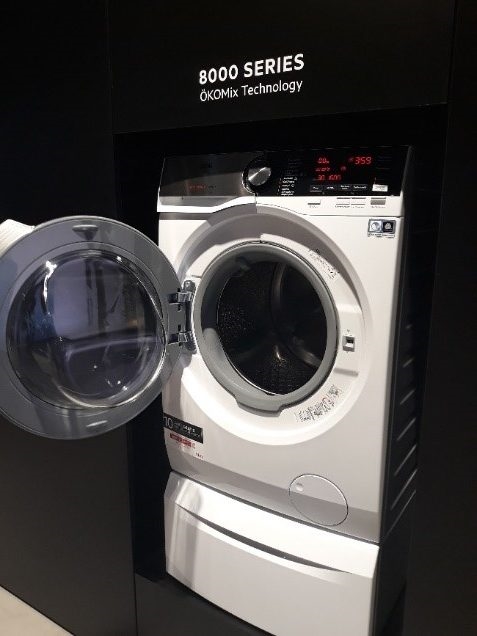 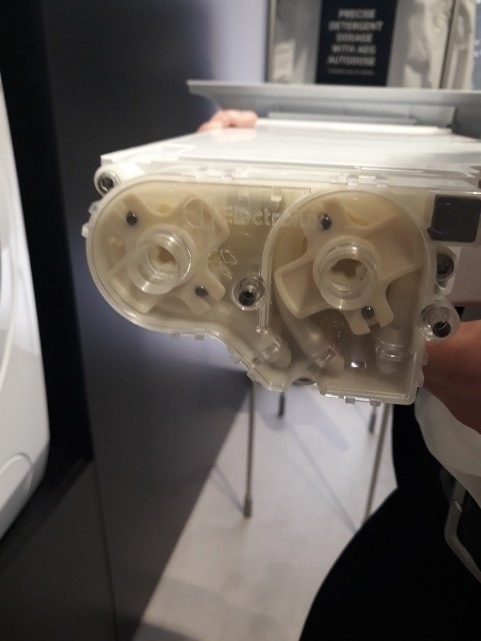 AEG washing machine ÖKOMix technology 8000 series that mixes laundry detergent and fabric softener with water prior to spraying it onto clothing. On the right – dosage compartment mechanism.

There were several examples of refrigerators presented at IFA 2019, designed to tackle responsible consumption and fight the food waste issue. HarvestFresh technology by Beko mimics the 24-hour sun cycle and natural sunlight in order to recreate a natural living environment for fruits and vegetables, which helps to preserve vitamin A and vitamin C longer. Haier has demonstrated Fresher Techs high-end food preservation technology for cooling, whereas Liebherr encouraged consumers to follow healthy nutrition with BioFresh and DuoCooling solutions.

The major appliances industry has witnessed a movement among producers towards making their manufacturing processes sustainable. During a keynote speech by Hakan Bulgurlu, the CEO of Arçelik, several product examples were presented. Among them, a solar fridge, which requires no battery or inverter to keep running. The technology makes the product affordable and accessible to lower income consumers living in areas where keeping food fresh is a struggle. More product prototypes manufactured from recycled materials such as plastic, food packaging and ghost fishing nets, were showcased.

Rapid urbanisation continues, and the global urban population will hit more than five billion by 2030, accounting for 61% of the world’s total population by the same year according to Euromonitor International. By 2030, there will be 38 megacities globally – cities with populations over 10 million – compared to 29 in 2005. Rapid urbanisation will stimulate demand for apartment living. Apartment living means shrinking living space and fewer or smaller gardens. Urbanisation is driving interest in compact gardening solutions, such as indoor plants, hydroponics and smart gardening kits. It is therefore not surprising that while home appliances were dominating the stage, home gardening also had a section at IFA 2019.

Worth mentioning is Plantui, a Finnish manufacturer of smart indoor gardens, which has partnered since autumn 2018 with the appliances manufacturer Bosch to promote globally smart indoor plants as an essential part of the home connected ecosystem. Plantui showcased its new Smart Microgreens device, aimed at consumers who are into superfoods and living a healthy lifestyle.

Indoor plants is predicted to see a value CAGR of 6% globally at constant 2019 prices over the forecast period, driven by the desire for a better living environment, clean air and fresh food. Smart indoor gardening, food tech and the home environment are merging together; more appliances manufacturers are expected to enter into collaborations with smart indoor garden players and home gardening will have a stronger presence at future IFA events.

An alternative solution to achieving high air quality in the circumstances of growing urbanisation and shrinking garden spaces was presented by Airthings AS - a clean air solution in the form of a smart monitor. The device acts as a hub, collecting information on radons, CO2, TVOCs, humidity, temperature and pressure levels in the house. Based on the data that is accumulated within a dashboard over a time, the device educates and recommends which air care appliances should be purchased and installed in certain areas of the house to keep the measurements within a norm.

The healthy living trend is finding its place in the indoor environments of modern consumers.

While the number of never-seen-before products was limited, the new booths of two giant Chinese manufacturers, Hisense Group and Haier Group did not go unnoticed. In fact, they became the focus of the exhibition.

IFA 2019 showcased for the first time the new Hisense-Gorenje-Asko partnership at its new bigger booth, following the 2018 Hisense Group takeover. Moreover, Hisense Group, after sponsoring UEFA EURO 2016 and the 2018 FIFA World Cup, will be the official partner of UEFA EURO 2020™. The company is expected to continue to show robust growth, pushed by increasing brand awareness and leveraging on the already established Gorenje brand.

Haier-Candy-Hoover partnership was also presented for the first time at IFA 2019 in the new 3,000 sq m stand. Haier Group, traditionally weak in Europe, aims to strengthen its footprint in the region partnering with Candy Group. While Candy and Hoover are already well-known brands in Europe, Haier will be positioned in the high-end segment and will soon be available in some of the major electronics and appliances retailers in Europe.

The strategy of the two Chinese groups has been similar: with already established big players, the only way to accelerate the entry into the European market is through mergers and acquisition. Haier Group is already the global leader in major appliances in volume terms and it now ranks fifth in Western Europe. Hisense Group has reached the top 10 globally and in Western Europe for major appliances. BSH, Whirlpool, Arçelik and Electrolux need to watch out, as IFA 2019 has proven that Asian presence, Samsung and LG included, in consumer appliances in Europe has already taken off.

It is no surprise that the rapid development of connectivity of domestic appliances in recent years has resulted in a state of maturity now. Proof of that lies in the fact that smart home solutions or smart appliances were widely present at nearly every booth during IFA 2019. Some interesting examples worth highlighting were presented by Bosch:

- Cookit smart processor. It features an easy to use and time-saving approach. Since the Cookit processor can be connected to smart home systems and inter-connect with other home appliances, it can help consumers plan the home routine more efficiently.

- Wash #LikeABosch concept presented on a washing machine prototype that has one single power button and the rest is controlled via the app. 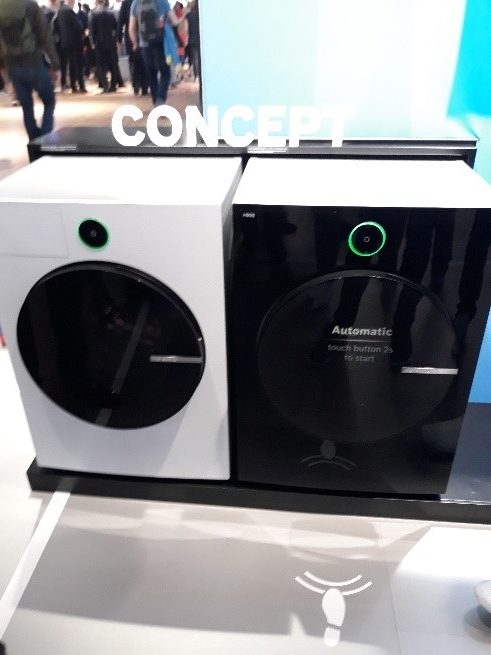 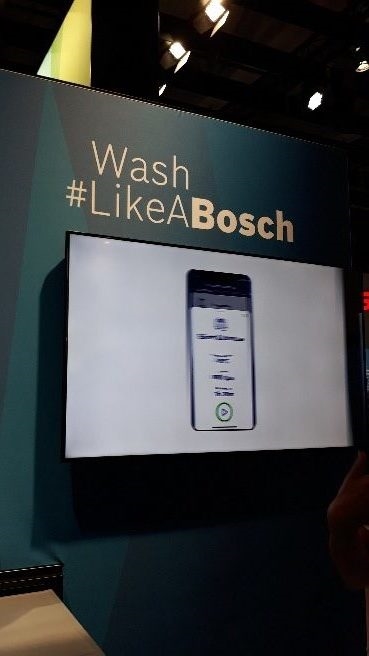 It seems however, that despite the technological maturity, connectivity has not yet become a gamechanger in the industry. Ultimately, consumers want easy and time-saving solutions, but the majority still favour product design over technological advancements. Living in an era of visual content, every consumer is living up to a certain image they want to create. Everything matters: how they look, how their meals are served, what surrounds them at home. We have certainly been noticing a growing demand for built-in appliances that help achieve a cleaner and neater look in the cooking area, but not everything has to be “hidden”. In response to that, personalisation and colour customisation solutions for major appliances were presented. Liebherr and Samsung Bespoke both presented custom-made refrigerators to match a unique lifestyle and kitchen design. 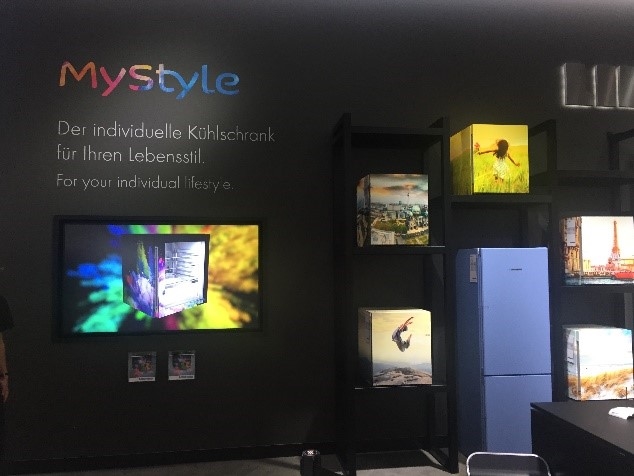 When it comes to small appliances, producers have followed the trend of matching colour schemes to secondary major appliances. It was observed that pastel colours have increased in significance in the options available. 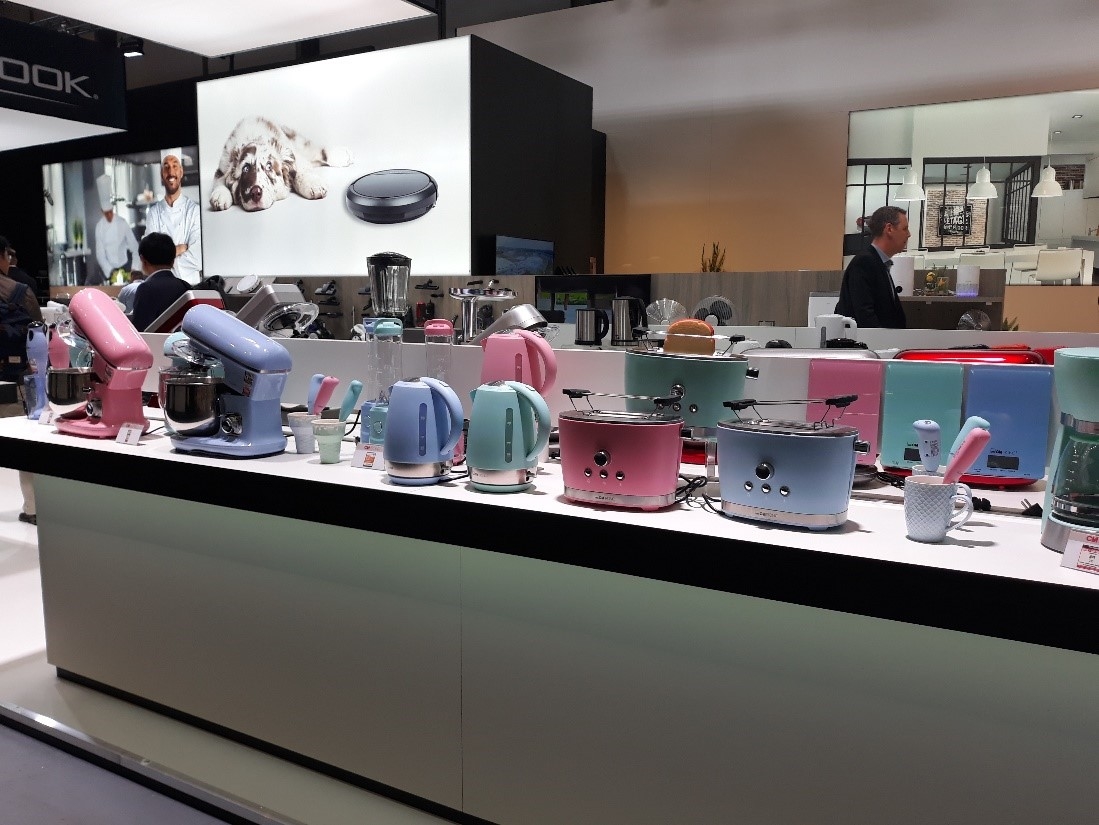 Harper KitchenCook and its wide selection of pastel colours

Is the appliances industry stagnating?

According to Euromonitor International, the consumer appliances industry is expected to grow at a slower pace over the forecast period, recording a 2% volume CAGR. Appliances are going through a phase of commoditisation with technology becoming cheaper and more accessible. IFA 2019 confirmed the major trends which have been shaping the consumer appliances industry in the last few years. Smart ecosystems, voice-control features and time-space saving appliances dominated the trade show. Environmentally-friendly products, personalisation and attention to aesthetics were also heavily promoted. However, none of this was entirely new, and a lack of innovation was noticed at IFA 2019. Indeed, nothing that was showcased has not been seen before.

Kidults are Driving Sales of Toys and Games

Samsung in Consumer Electronics: From Products to Ecosystems

Rise of Local Brands in Vietnam