Médecins Sans Frontieres, one of Euromonitor’s CSR partners, runs an emergency field training camp at the port of Brussels for MSF medical staff volunteers from all over Europe. I was invited to participate in an exercise in “real” field conditions, acting as one of the casualties in a simulated emergency.

Arriving in Brussels we were quickly taken to the training camp, a recreated barren space with no electricity or water to reflect real conditions. We had a detailed tour of different stations located around the centre, including the radio control room, generator storage, a wood and metal workshop and vehicle maintenance. Most stations were made from upcycled objects, for example two shipping containers welded together created a storage room.  In all stations the importance of a well-organised space was clear. 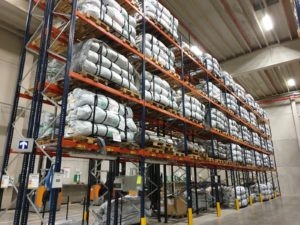 All volunteers were given a “character” for the emergency: mine was a 42-year-old, limping, with a painful left ankle and a deep abrasion on my left knee. Then into make-up, where our gruesome injuries came to life. Fake blood, exploding brains, exposed bones, impaled objects and deep cuts were added to us all. It became comical to see what the next person would look like appearing from the make-up tent.

After a briefing, the mass casualty exercise began. They recreated a crash in the centre of the space and we all acted out our characters. Smoke was pumped into the space and sounds of cries and shooting were played as background noise. As a walking injury I was limping around. It became hard to see with people charging past and suddenly all became very serious and real.

Medical staff assessed each casualty and determined the urgency of response for care. It was very chaotic and people everywhere, but in 30 minutes all the volunteers had been assessed and put into the correct tent for care. 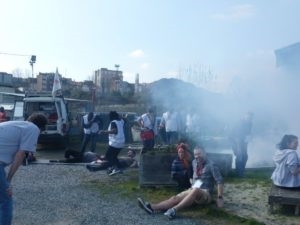 After the training exercise we had a short drive to the supply unit where they guided us through how they prepare for emergency responses. The supply room was huge with tall, long aisles holding items ranging from large equipment like pop up hospitals, toilets and shade cover to small items such as vaccinations.

Whilst I was there, supplies were being organised to be sent out to Southern Africa in response to the devasting Cyclone Idai. Some were ready-made response boxes, which included everything a medic would need for a specific situation. Packaging was more complex than I thought, especially for vaccinations which must be kept at a certain temperature, so transportation times are factored in and ice packs and extensive temperature checks are carried out during their journey.

Every member of the MSF team I met had passion for their job. They all have an understanding that they are part of a wider team to ensure they act fast to save people’s lives in conflict zones, natural disasters and epidemics. The salary or hours aren’t important for them. It is more about the response, attention to detail and care that drives them. Even though they are giving fantastic care to those in need they constantly hit barriers of social, political and cultural difference which they always need to be creative to overcome.

I enjoyed my experience with MSF and have a better understanding of how they work and the importance of all the roles in an emergency. I am proud that Euromonitor supports the work that they do as every penny is well spent, and the passion of MSF staff ensures that they can respond to disasters around the world in the best way possible. 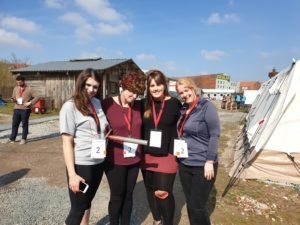 Following a more positive performance in 2021 as falling virus cases enabled greater mobility outside of the home and the normal operations of offline retail,…

In 2022, the consumer health market in Slovakia is being impacted by a number of factors. The post-COVID-19 mood still lingers, despite all restrictions,…